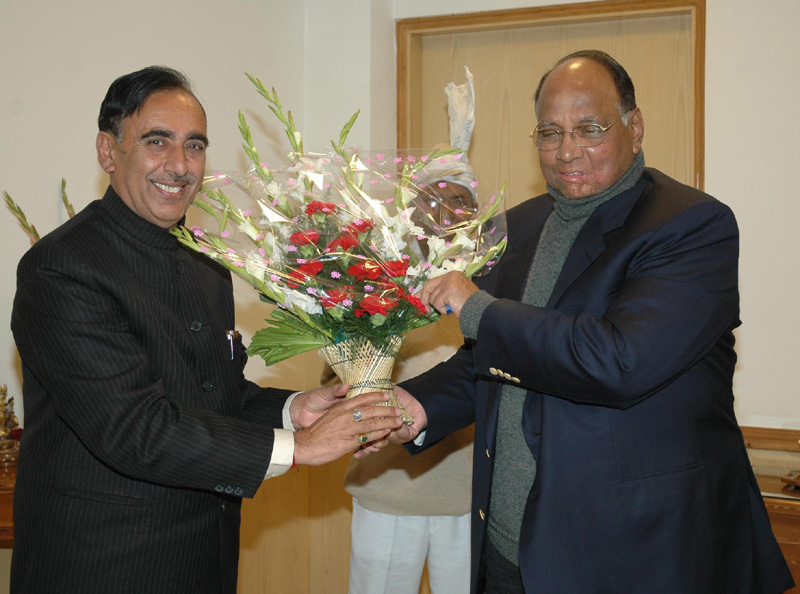 Another good news was announced by State Horticulture Minister Narender Bragta that apple will be brought under Rashtriya Krishi Bima Yojna. He said this after meeting with Union Agriculture Minister Shri Sharad Pawar at New Delhi.

He requested the Centre to sanction Rs. 150 crore for promotion of herbal, medicinal and aromatic plants in the Western Himalayan region of the State and told that State Govt. has decided to promote herbal cultivation on scientific lines in remote areas of the state to strengthen rural economy and to harness the natural potential available in hilly areas of the State.

He said that State has received Rs. 91.50 crore under Horticulture Technology Mission during last three years and added that horticulture revolution has taken place in the state as farmers has diversified from traditional agriculture to floriculture, vegetable production etc and revealed that around six lakh sq. kilo-meter area has been brought under protected cultivation in the State. He said that State has emerged as carnation State of India and its flowers are finding its way in export markets in various countries.