Shimla: Nine ministers with four of them being from Kangra district were inducted into the Prem Kumar Dhumal cabinet, this morning. 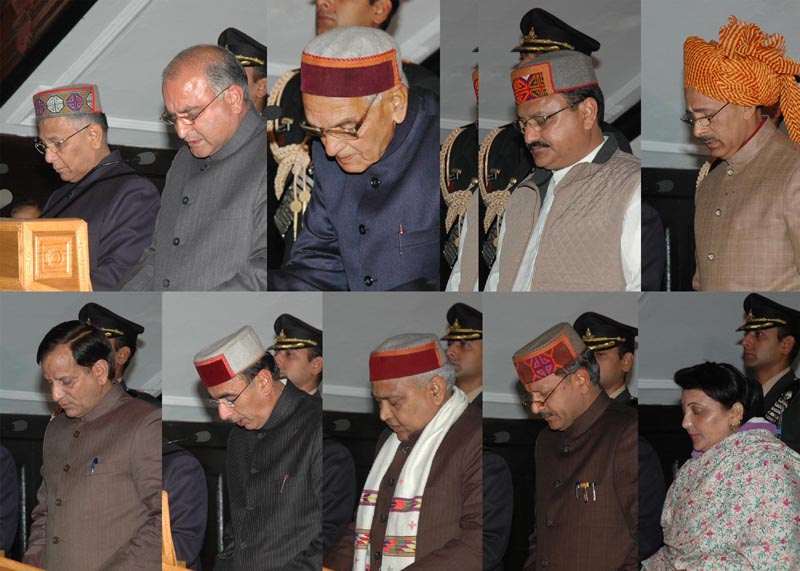 Governor VS Kokje administered the oath of office and secrecy to the new ministers at the Raj Bhavan.

The 9 ministers sworn in today were: – 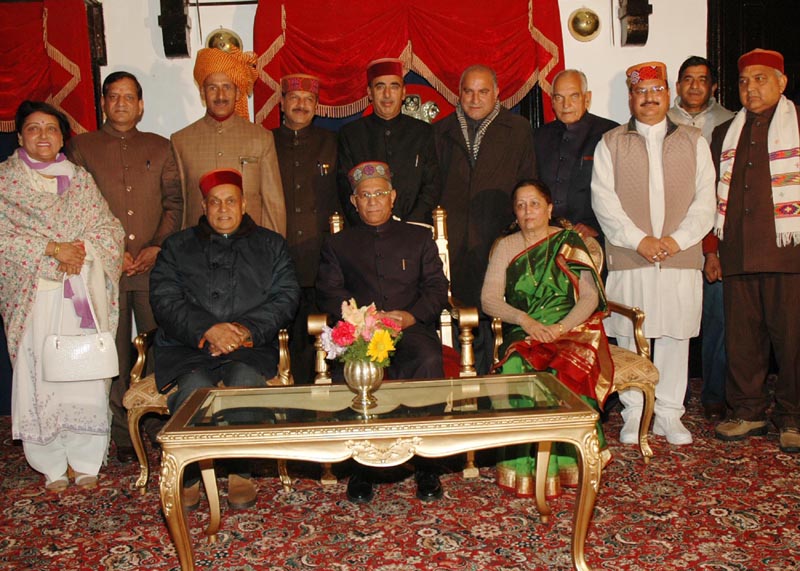 With nine vacancies filled has left scope for two more minister to be made as the Himachal cabinet can at the maximum have 11 ministers.

Other than the ministers there is the position of the speaker, the election for which would be held during the winter session of the assembly scheduled to be held in Dharamshala from 11th January.