PALAMPUR: The decision of the Himachal Pradesh government to go ahead with five more cement plants in the state has attracted wide spread resentment not only from environmentalist groups but from the general public also. In Karsog, Chopal, Sunder Nagar and Chamba areas where these plants were to be installed local residents have come on the roads lodging their strong protest against the decision of government.

Various environmental organizations, panchayats and local bodies have openly criticized the government and alleged that state was pleasing the cement companies at the cost of ecology of the state. The Himchal Welfare and Environment Protection Forum has reminded the state government it had not learnt any lesson from its past experience in cases of the Ambuja and ACC cement plants who had played havoc with the nature and hundreds of kilometers of green hills had gone barren in Bilaspur and Solan districts.

If the five more cement plants were allowed to come up in the state it would result in large scale environmental degradation in the hill state. Besides, government had to allow the felling of twenty thousand green trees in the state for the installation of these plants. Karsog and Chopal would be worst affected where thousand of acres of land covered with dense forest would be needed for mining and extraction of lime stones by these companies. It is a well known fact that the cement plants in the state have already done irreparable damage to the human environment particularly in Solan and Bilaspur districts of the state. 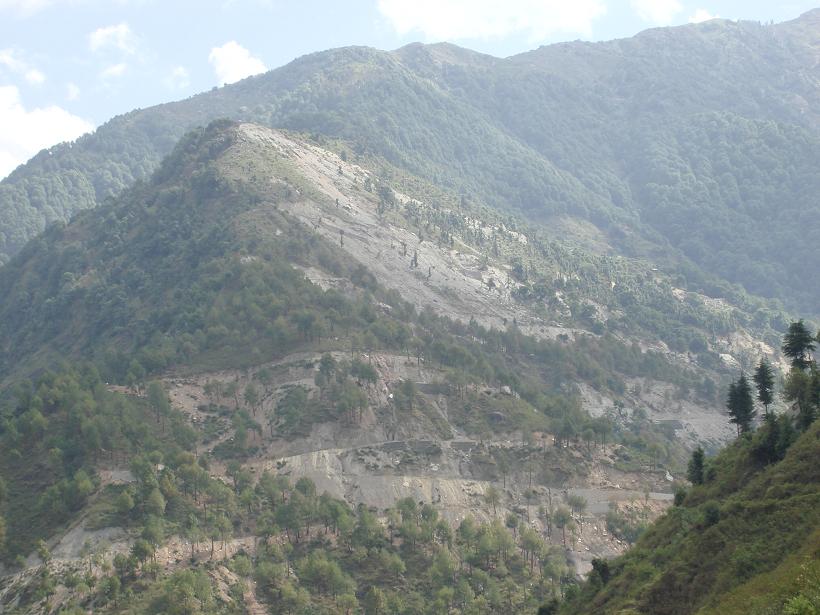 The Darlaghat valley in Solan distitrict is an example where environment laws were openly flouted and state remained a silent spectator. This valley at one time used to be covered with lush green forests and was rich in flora and fauna and now has turned into barren hills because of reckless mining, large scale deforestation and vast industrialization. The air in these areas is being polluted by poisonous gases, dust from industrial plants and automobile exhaust. Majority of population living in these areas have been suffering from various disease like asthma, skin disease and TB. It seems that there is none to take care of the people living here. Even the state pollution board has also failed to take cognizance of repeated public complaints in this respect.

It is a sad state of affairs that the new BJP government which is well conversant with the situation has become also become mute spectator on this important issue. The new government is yet to declare its policy regarding the setting up of cement plants in the state. The recent statement of Chief Minister Prem Kumar Dhumal that it would press the cement companies to give top priority for maintaining the eco balance in the state, seems to supporting the cause of big industrial houses. In past congress as well as BJP government who ruled the state had failed to implement the directions of state pollution control board and ministry of environment

It may be recalled that the cement plants set up in the state have been enjoying complete tax holidays granted by the government causing loss of crore of rupees to the state exchequer year after year. The state do not expect any tax from these plants in next ten years as per agreement singed with these industrial houses.