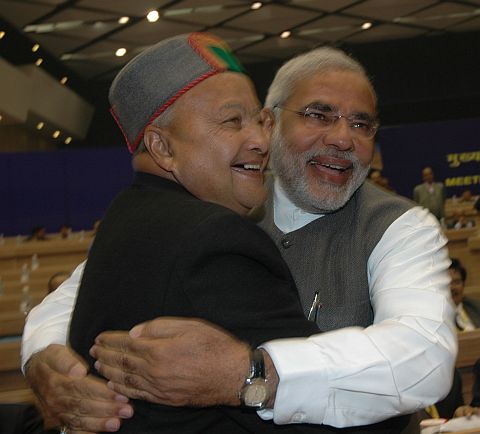 He said that there were 23,000 Tibetan refugees and 25,000 Nepalese living in Himachal.

Although the state police, CID and intelligence agencies do keep a close vigil on their activities but the home minister and ministry of external affairs should take steps to place a mechanism for introduction of photo identity cards to these persons for proper identity check, said Virbhadra. 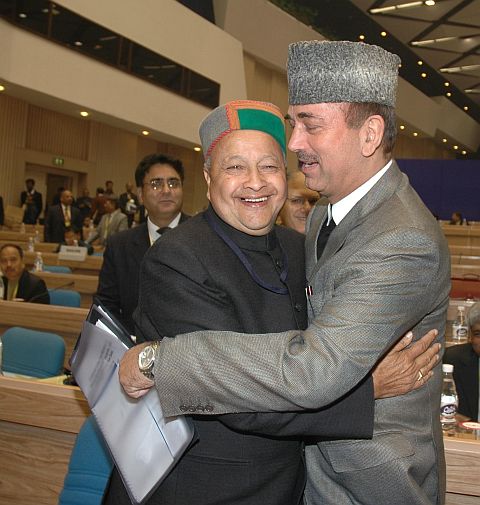 The chief minister informed that 8 companies of state armed police and one battalion of ITBP was deployed on 35 border check posts in Chamba districts between 5500 to 12500 feet altitude for checking infiltration of terrorists from Jammu and Kashmir.

Effective communication system has been established to seal the border with Jammu and Kashmir, he said.

He told the conference that there was a perceptible increase in number of NDPS cases even though 2815 bighas of cannabis cultivated land was destroyed. In the current financial year, 211 cases under NDPS have been registered and 273 Kgs of Charas and 9.3 Kg of opium has been seized, he said. About 18,000 criminal cases are registered in a year in the state, he added.

The state would implement common integerated police application in all police stations by the end of the fiscal and would fill up 2400 vacancies as well as 22 urban police station would be provided police control room vehicles.