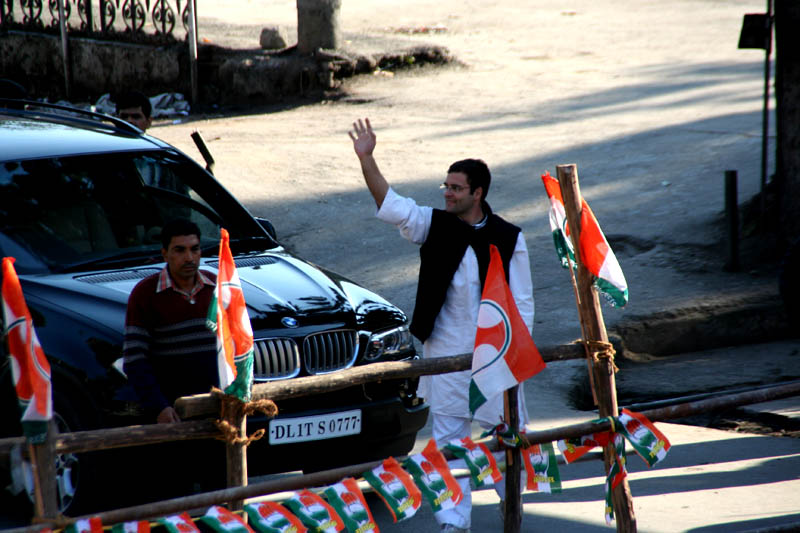 Large number of women and youth turned out to hear Congress General Secretary Rahul Gandhi at his road shows in the twin valleys of Kullu and Mandi. He was accompanied by State Irrigation and Public Health Minister Kaul Singh Thakur.

The show began with a largely attended public meeting at Kullu where Gandhi said, â€œthe Congress will form the next state government following phenomenal development in the last four and half yearsâ€

Thakur mentioned that Gandhi focused on the Congressâ€™ hand in taking everyone equally along on the path of development and progress, unlike BJP who divide people on the basis of caste, region and religion. In the 100 kilometers road-show Gandhi got down from his vehicle to shake hand with people in various places apart from simply waving to the crowd, he added.

Gandhi referred the working of Congress as treading on the path shown by father of nation Mahatma Gandhi who had great concern for the poor and the weaker sections of the society and initiated a number of steps for their upliftment during his lifetime. He mentioned that many schemes announced by UPA government were in ray of following father of nation.

He called Modern as the reflection of Congressâ€™ hard work over its first priority that is development, since last 6 decades at Seri Pavilion.

Polling for the second phase for the 65 assembly seats is taking place on December 19 and the counting starts on December 28.