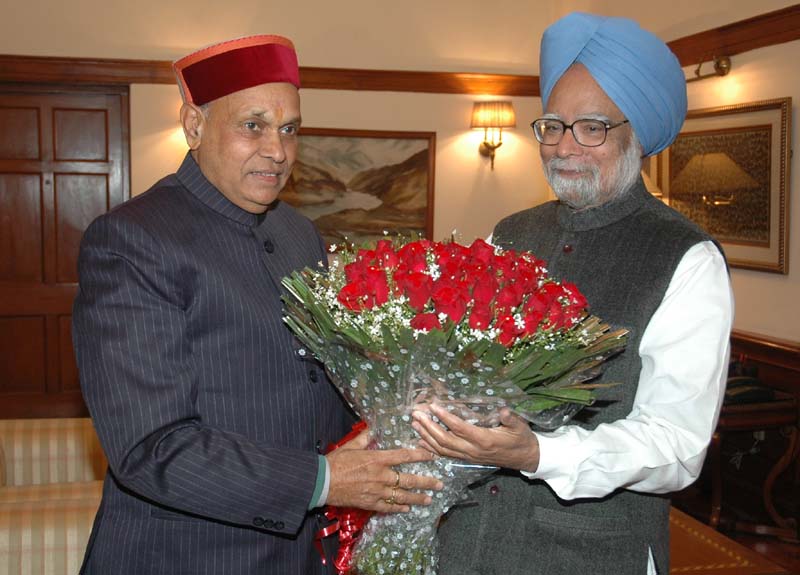 Shimla: Newly elected chief minister Prem Kumar Dhumal, who mad a courtesy call on prime minister Manmohan Singhs sought the intervention of the prime minister to get the industrial package extended to Himachal restored to its original schedule that was to conclude in 2012.

The tax incentivised industrial package that was originally for ten years has been reduced to 7 years and reputed industrial houses and multinational companies were showing interests in setting up units in the state, said the chief minister.

Dhumal requested the prime minister to make budgetary provision for the ongoing railways projects in the state so that they could be completed in a time bound manner. He made special mention of Baddi- Barotiwala, Bhanupali-Bilaspur-Berri and Nangal-Talwara railway lines and said that work on all these projects had been hanging from last many years.

Dhumal also did discus the setting up of an IIT institute and a central university in the state, seeking expediting work on these prestigious educational institutions.

On his part the prime minister assured the chief minister that all assistance by the central government for setting up these institutions would be made so that projects are completed in a time bound manner and fruits of development could reach the common man at the earliest.