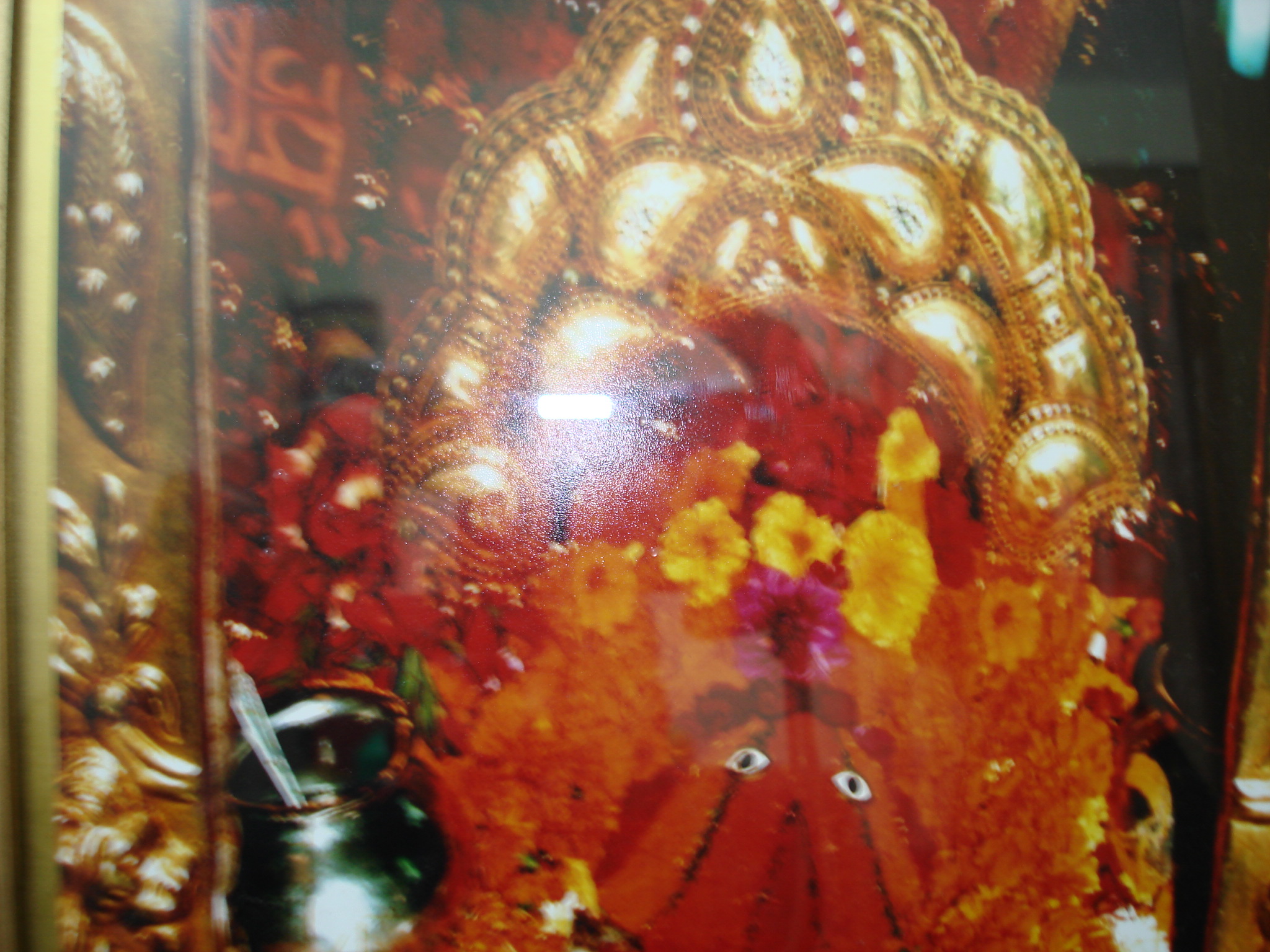 CHINTPURNI-The theft of a valuable gold necklace in mysterious circumstance from the Mata Chitnpurni Temple Complex here has become a matter of serious concern for the administration and residents of Chirtpunri. Resentment prevails here that even after expiry of seven days police could neither arrest the culprits nor could recover the necklace.

However, the police had registered an FIR at Police Station Amb on the complaint of Temple Officer Madan Lal Sharma, who had also provided the video footage of CCTV cameras installed in the temple complex as evidence of theft to the police exhibiting two persons jumping from the temple after stealing the necklace. There were also allegations of valuable jewelry being replaced by cheap personalised Jewelry.

Information gathered by this correspondent from the residents and shop keepers of the Chintpurni revealed that on October 24, at about 4.35 p.m. an NRI group of pilgrims including men, women and children from Jalandhar reached Chintpurni enchanting religious songs and bhajans. They were moving on foot carrying a gold necklace on their head which was to be offered to the Mata Chintpurni. Two local Pujaris, were also following them and watching the activities of NRI pilgrims. When these pilgrims reached near the temple, two boys came closer to them and told that they would help them in presenting the necklace to Mata Chintpurni temple. When these pilgrims were standing in the row and waiting for their turn, these pujaris managed to take these pilgrims to temple through VIP gate. One of the pujaris remained standing outside the temple gate and the other one entered inside the temple. It was also revealed that later these pilgrims handed over the necklace to one of the pujaris to keep it on the head of Mata Chintpurni. However it could not be ascertained whether the necklace was put on the head of Mata Chintpurni or stolen from the outside. These facts were also supported by CCTV cameras video footage provided by the temple officer to the police.

As per temple rules it was mandatory to issue a receipt to the pilgrims who presented the necklace to temple. But in this case no such receipt was issued. Mr. Madan Lal Sharma while talking to This correspondent said that he was on leave on October 24, and when he resumed his duty on October 30, this matter came to his notice. He immediately went through the footage of CCTV cameras installed in the temple complex by the state government, it was found CCTV footage that NRI group had been carrying the necklace to be presented to temple. It also shows in video cameras two pujaris jumping from the railing of temple. Mr. Sharma said that video footage had established in involvement of these two persons. He handed over the copy of video footage to the police and requested them register an FIR against two pujaris Jatinder and Titoo, who were seen in the camera.

Meanwhile Parveen Sharma, BJP leader and former PWD Minister demanded high level probe into theft of necklace from the temple. He said matter should be handed over to the CBI immediately so that culprits could be arrested. He alleged that local congress leaders were shielding the culprits , therefore police investigation was moving slow. He said that earlier on many occasion the valuable jewelry from the temple was stolen . Two years ago two diamond eyes of the Mata Chintrpurni were also stolen. A gold crown of Mata was also stolen which could not be recovered till date.

Mr. Sukh Dev Singh SDM, Amb, who is also incharge of Mata Chintpurni Temple affairs told that matter had been handed over to the police and investigation in progress. Two persons named in the FIR were likely to be arrested and only then police could ascertain the truth.

He said so far the administration could not get the addresses of NRI pilgrims who had offered the gold necklace to the temple. He urged the NRI pilgrims to come forward and help the police in the investigation of case so that real culprits could be put behind the bars.