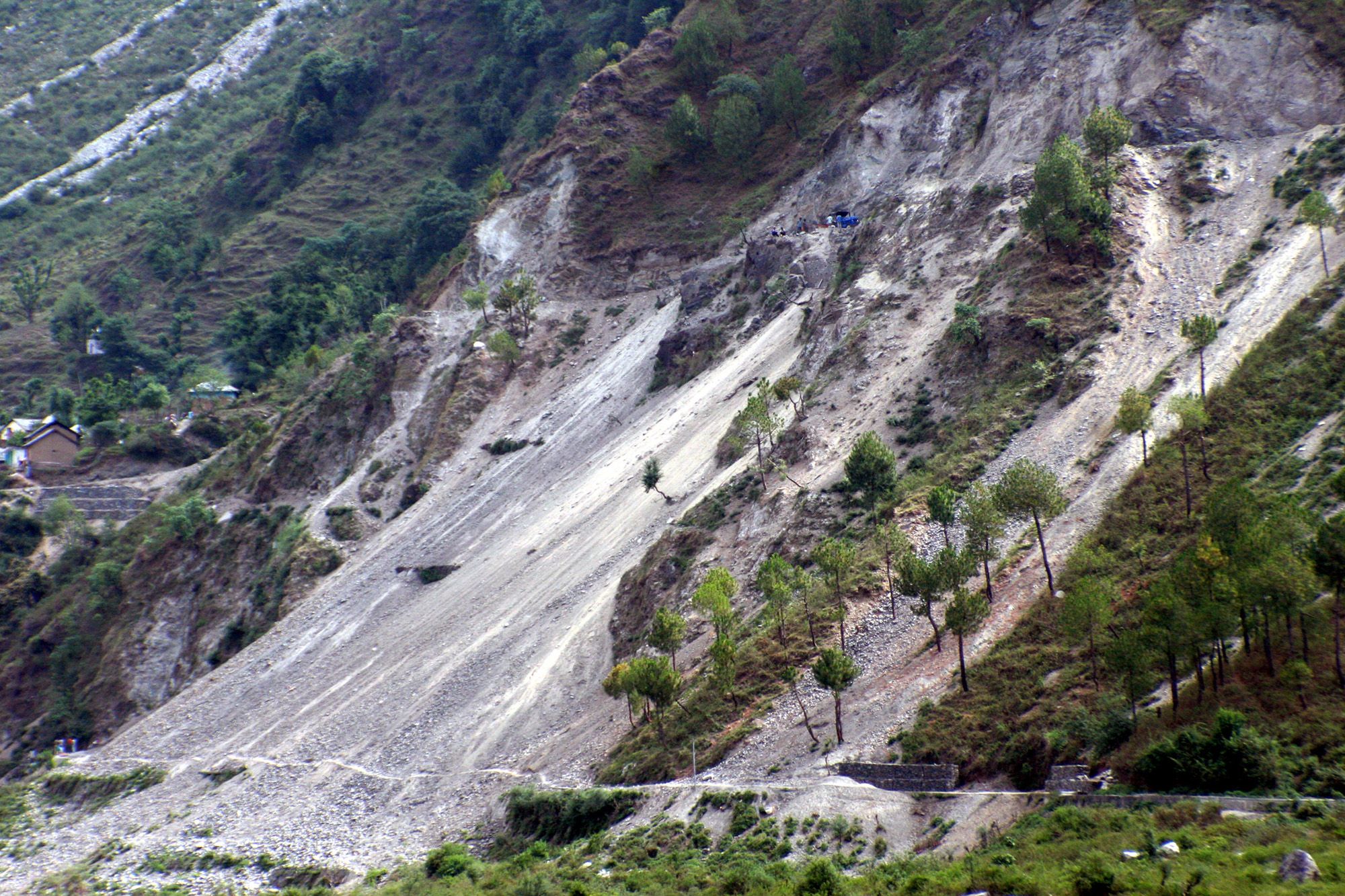 PALAMPUR – The reckless felling of trees by various companies executing power projects in Dhauladhar ranges of Kangra district has become a matter of concern. Though the government had granted permission for the felling of trees the official reveal that power companies had axed more trees than the sectioned numbers.

Information gathered by this correspondent from the forest department revealed that the forest department had already washed their hands and compounded the offenses by imposing nominal penalties for indulging in illicit felling. No stringent action had been initiated against defaulters under the H.P. Forest Act. Besides, felling of trees by the power companies had also caused immense loss to the environment. Number of natural water resources has also been amaged in different parts of the region.

One dozen drinking water supply schemes getting water from Neugal River had adversely been affected. In number of villages and towns in Palampur region residents have been receiving muddy and contaminated water because of Regular flow of silt, clay and other waste material because of reckless cutting of hills for making roads to dam site by the power companies.

It is a matter of serious concern that there is none in the administration who could ask these power projects executing companies to implement the MOU singed by the government in proper manner. Most of the power companies have been palying havoc with the nature. Heavy machines like JCB were being used to cut the hills, which had adversely affected the eco-system of the region.

A senior officer of the state government told today that HPSEB was the only agency which could enforce the implementation of MOU as it was the only government department which was party to sign the MOU.

Mr. C.P. Verma SDM, Palampur while talking to this correspondent said that he had limited powers to handle the affairs . There are other departments like Irrigation and Public Health, Forest and PWD who were the worst affected and have not initiated any efforts so far.

Palampur Welfare and Environment Protection forum had asked the state government to review its policy on the allocation of small hydel projects to private parties in the state. Forum said government had badly failed to protect the environmental degradation caused by these projects so far as there was no agency that could monitor the implementation of MOU and put check on these companies.

Mr. R.K. Sood President of the forum said defaulting companies should be blacklisted and allotment of their projects should also be cancelled.