Shimla: On the penultimate day to file nomination papers for the second phase of Assembly Elections, as many as 208 candidates filed nomination papers today. This figure contributes to total 281 candidates, who have filed papers till date for 65 constituency seats. 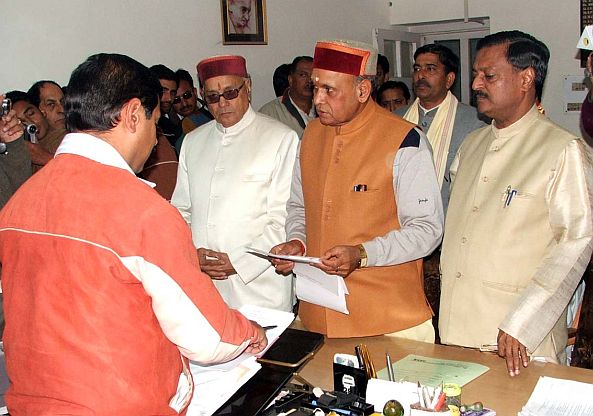 Along with these names came many other important leaders, like from congress: Vidya Stokes from Kumarsain, GS Bali from Nagrota, Kaul Singh Thakur from Darang, Speaker Gangu Ram Musafir from Pachhad, Sujjan Singh Pathania from Jawali, Raj Krishan Gaur from Kullu and Harwardhan Chauhan from Shillai.

To juice up the number of candidates, who filed nomination papers from some districts can be seen as following: