PALAMPUR: Palampur an important town in the lower hills of Himachal Pradesh, is a land of brave soldiers, like Capt. Vikram Batra (PVC), Major Som Nath (PVC), Major Sudhir Kumar Walia (Ashok Chakra) and Capt. Saurabh Kalia, who laid down their lives for the unity and integrity of the country in the wars that took place in recent past. Not only this Palampur has played a significant role in the state politics in past three decades. This town has not only produced Chief Minister of the state but also had represented the state in the union cabinet. Mr. Shanta Kumar remained Chief Minister twice and also served as union cabinet minister in Vajpayee government first time from this state Besides, three past H.P.P.C.C presidents of the state also hailed from this region, they are Mr. Kunj Behari Lal Butail, late Pt. Amar Nath Sharma and Pt. Sant Ram.

In Himachal Pradesh politics the Palampur always shared a major part of the power. In past during congress as well as BJP regime adequate representation was given to this region of the state cabinet. It is an irony of the fate that in past five years of BJP regime and in the present four and half years of congress government, the town remained neglected. In prevailing circumstances it has become a â€œno manâ€™s babyâ€. No one in the government is concerned with the development of this important town. No representation has been given to Palampur region in the state cabinet, which comprises five assembly segments. The present government has reduced its political importance to zero by not inducting any minister in the cabinet from this region. Earlier during congress regime between 1993-98 there were three cabinet ministers and a Chief Parliamentary Secretary from this region of the state. 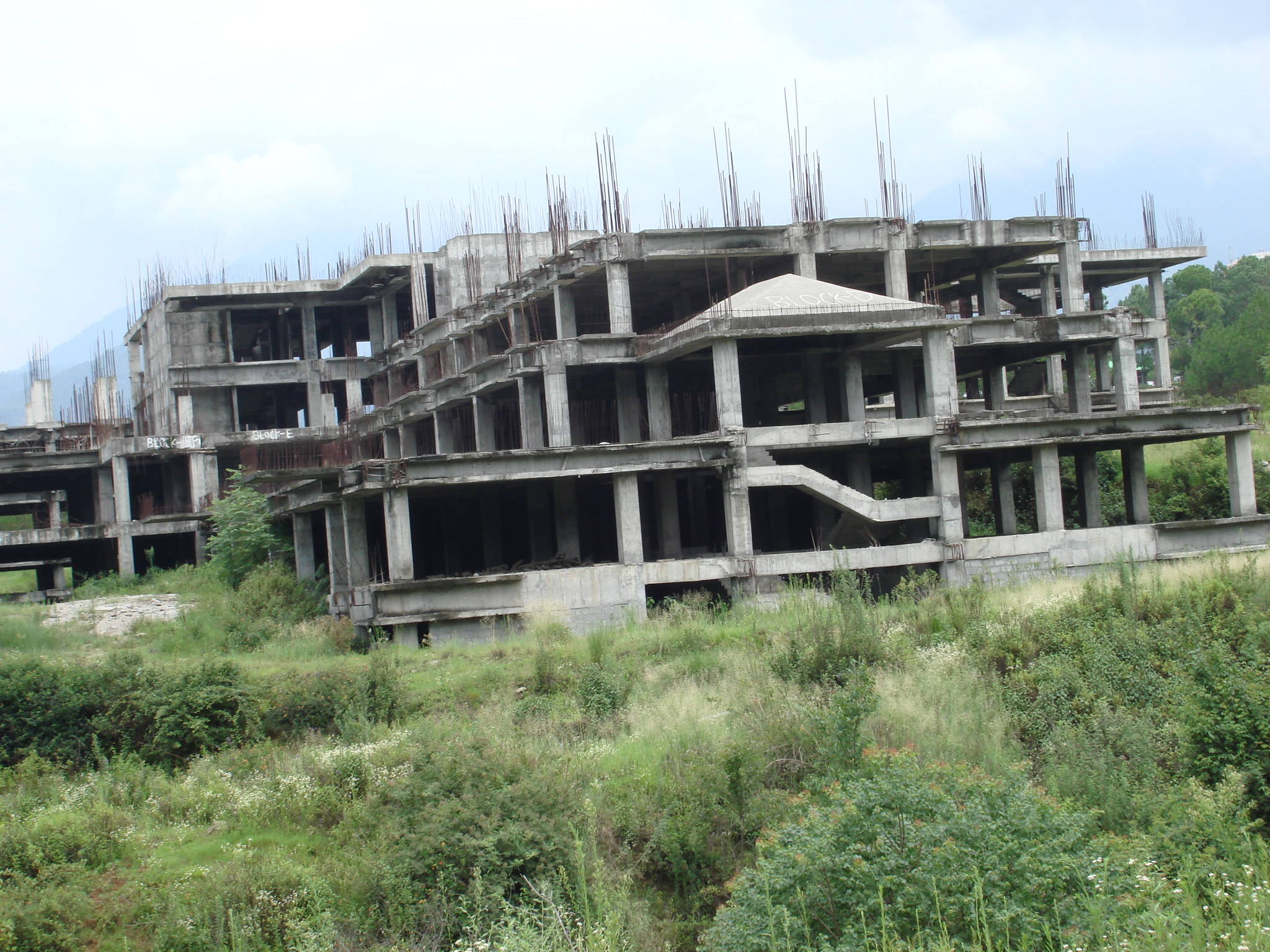 The half completed building of Vivekanand Medical College and Research Institute at Palampur. Project is starving for funds. Mr. Shanta Kumar Chairman of Vivekanand Medical research Trust has made a global appeal for liberal donations so that project could be completed at earliest as the state government had refused to hand over this project to union government for setting up an AIIMS pattern hospital merely on political consideration since BJP leader Shanta Kumar is chairman of the trust.

It is a sad state of affairs that almost all ongoing development projects have come to stand still. Number of projects has been starving for funds. Besides, the execution of prestigious Vivekanand Medical College and Research Institute has also been hanging fire. In 2001 this project was taken over by a private trust. The trust has also become a victim of dirty politics. Mr. Shanta Kumar had laid the foundation stone of this institution when he was chief minister in 1991. Yet in another case government of India released RS. 30 lakh for the expansion of Sorabh Van Vihar, but in the absence of any political will funds were lapsed and later sent back to the union government.

The town has witnessed all round development in past one decade. The population of the town has gone up from 5000 to 35000. The state government even failed to extend the municipal limits of town just to please the political bosses. The condition of various roads in the town is pitiable and needs immediate attention of the authorities. There has been manifold increase in the vehicular traffic in the town. The narrow Pathankot- Mandi national highway has become a major traffic hazard for the town, since the state government has failed to construct a by pass for the town. There are regular traffic jams in the town during peak hours particularly in the morning and evening causing great inconvenience to the common man.