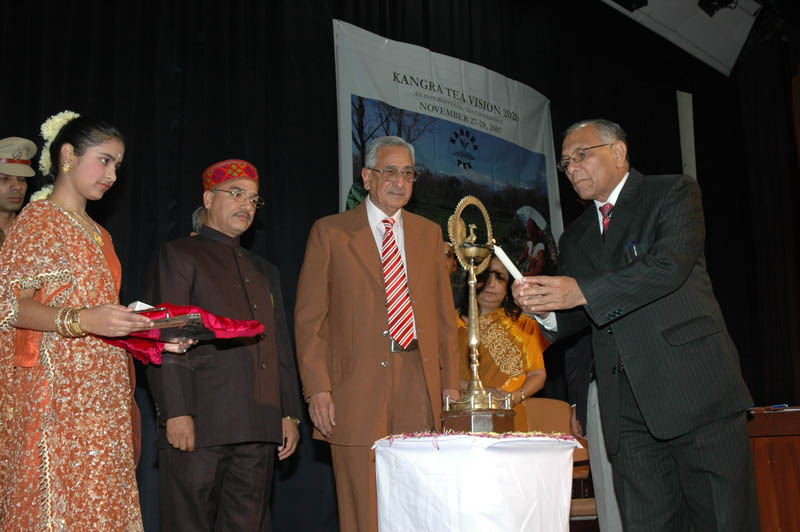 However, Kangra tea planters in the context of increasing health awareness, consumer preferences and marketing needed attention to make judicious use of the new technologies and input innovation, he added.

Inaugurating the International Convention, Kangra Tea Vision-2020 and Kangra Tea Expo-2007 at Palampur today, Kokje said that Kangra and its tea, rich in flavour and taste is a very special recognized in the country and around the world and records showed that tea is also known as drink of Royalty. Various citations and medals won by this tea at different exhibitions in Europe is a proof of special quality of Kangra Tea. He said that Tea plantation was carried out in this area from middle of the 19th century and by the end of 19th century and beginning of the twentieth century, it was at its peak.

He said that tea itself has become synonymous with our daily life where the morning starts with a cup of tea and keeps on rejuvenating one during the day. He said history of Kangra tea is a glorious record of the socio-economic developments like introduction of railways, link roads and hospitals etc. while maintaining the ecological balance in this beautiful valley and also the only agriculture based industry of Himachal Pradesh. 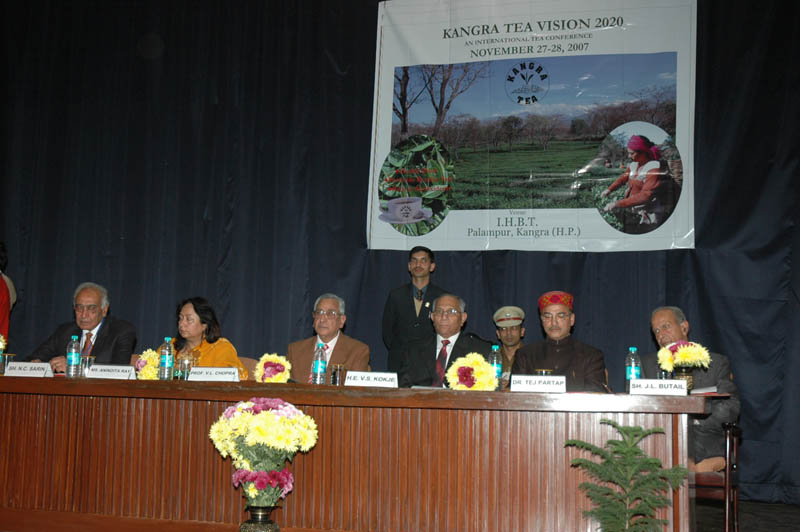 Governor said that Kangra tea has been registered for Geo-graphical Indicator which gives Kangra tea its recognition and will benefit the region in a long way in selling this tea in the world market. He said that Kangra valley was quite suitable for growing organic tea and added that at present in Kangra, except for chemical fertilizers hardly any chemical inputs are used in tea plantation.

V.S. Kokje stressed upon the need for diversified tea based products and technology to make maximum use of the tea into other food stuffs. He said that HPMC with technology provided by IHBT has recently launched APPLE TEA which was highly appreciated. IHBT has also developed technologies to make use of medium and low grade teas to make value added products like Tea Concentrate, Tea and Tea based wines and other Neutraceutical products, he added.