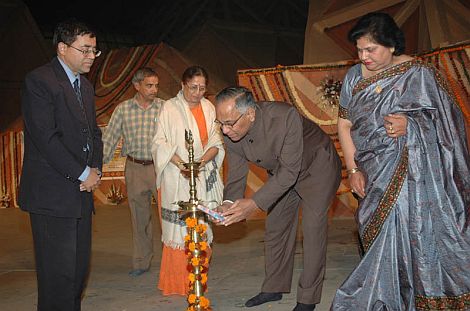 While addressing the audiences Kokje warmly welcomed them to grab complete knowledge about the rich cultural heritage, tourist destinations and scenic beauty of the State with an invitation to the popular touristsâ€™ resorts of the State during winters.

He also gave an outline about the exhibition stalls in the Himachal Pavilion saying that the stalls provided by the localities are of highest quality and standard and added that demands of products like Kullu shawl, apple juices and tribal woolen articles have increased both in national and international markets over the year.

He proudly revealed the fifty years of rapid development in social and economical fields with hard work, dedication and commitments of the State.

The fair is organized by the India Trade Promotion Organisation (ITPO), which is a mega celebration of the new India that is fast taking shape.

This year the theme of the fair is “Processed Food and Agro-Industries”.