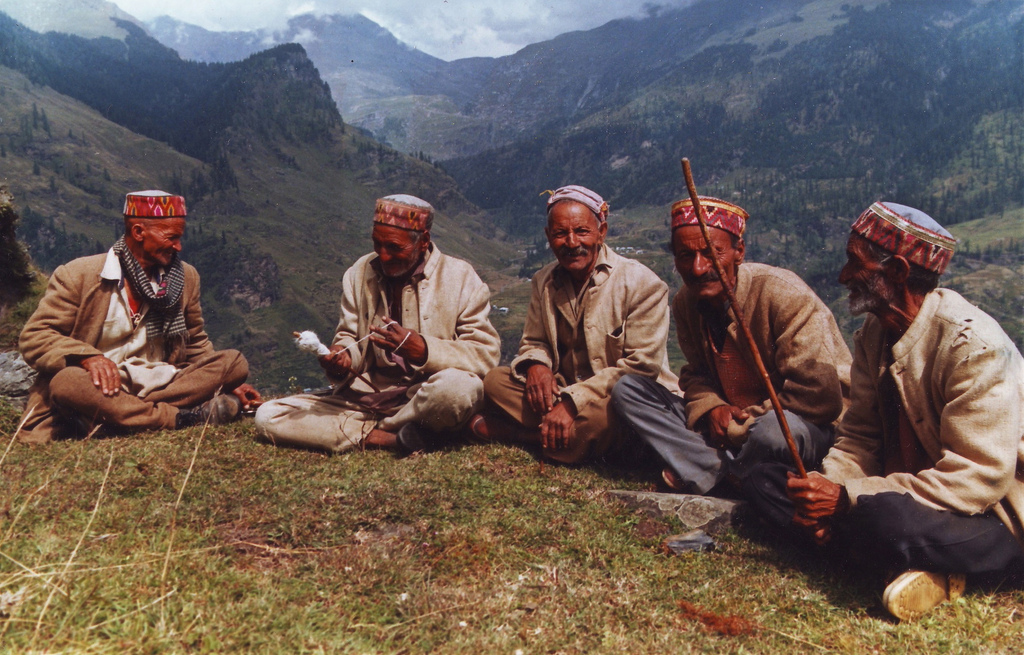 HAMIRPUR: Clad in heavy woolen garments and moving in separate groups with their herd of sheep and fully knowing that winter has set in, scores of gaddis (shepherds) from the interiors of the districts of kangra and Chamba are on their way to the plains of the states of Himachal Pradesh, Punjab and Haryana for green pasture.

They used to move to plains along with their herd of sheep and goats for their pasture with the advent of the winter. They mainly belong to Bharmaur area of the Chamba district of Himachal Pradesh and Chhota Bhangal and Bara Bhangal areas of the Kangra district. They worship Lord Shiva and call him as their protector and well wisher.

Gaddis have their village houses and also have fertile land which they cultivate in the Gadderan area of the Chamba district. However, they have also purchased land and houses in the urban areas of Chamba and kangra district.

While the Gaddis of Bharmaur (Chamba district) falls in the category of scheduled tribes, no ST status has still been given to their kangra district counterparts who also live in the same conditions but with no facilities from the state government.

Despite assurance given to them by the previous BJP government of Himachal Pradesh to grant them the status of Schedule tribe, they are still waiting for the time when this assurance will be fulfilled. They blame the successive rulers of the state for their sufferings. They come during the elections, give false promises, get votes and thereafter forget everything, according to one of the Gaddis, Sham Singh from Chhota Bhangal. He was in the town today along with his herd of sheep and goats on way to plains.

When asked, about the state assembly elections in his area due for December 19 th, he said,” I’m not interested for the elections. I hate the politicians as they are from the same clan who are cheaters and I don’t want to have any links with such persons”.

He said that nearly one dozen gaddis had reached Hamirpur during last three days and more were expected in the coming fortnight. He said that he was happy with the life he and his family were living at present.

We worship Lord Shiva as he (Lord Shiva) is our chief Devta. He said that about fifty percent of gaddis had no flocks and they work in their fields. About 3,000 persons go to plains along with their flocks as during the winter their areas faces acute shortage of pastures.

He said,” We have grazing rights in almost all parts of Punjab, Haryana and Himachal Pradesh on basis of old traditions.” No one stops us from grazing the flock in their fields. At many places, people themselves offer them their fields and also provide them with food as a goodwill gesture. There is general belief in the people that with the arrival of gaddis along with their cattle wealth in their fields, their productions will increase and they will not face any threat from evil forces, “he added.