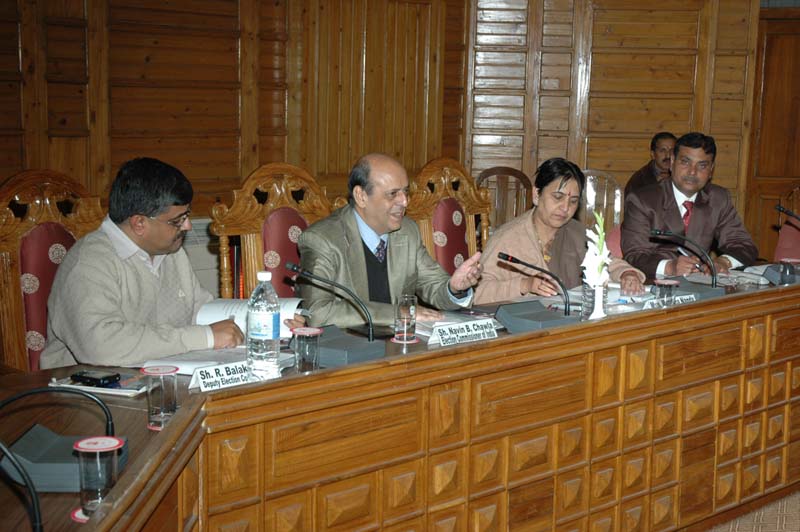 Shimla: A three-member team of Election Commission today reviewed the preparations for the second phase of elections for the remaining 65 constituencies that go to the polls on 19th December.

Emphasizes was laid on effective sealing of the borders, chief electoral officer Manisha Nanda stated. The police was asked to be vigilant about movement of anti-social elements during the elections and track cross border movement of liquor, she added.

Commissioner Chawla stressed on the need for vulnerability mapping, evolving a quick response system on complaints and to ensure that the weaker sections of the society were not prevented from exercising their right to franchise. He also asked for keeping a track of media advertisements.