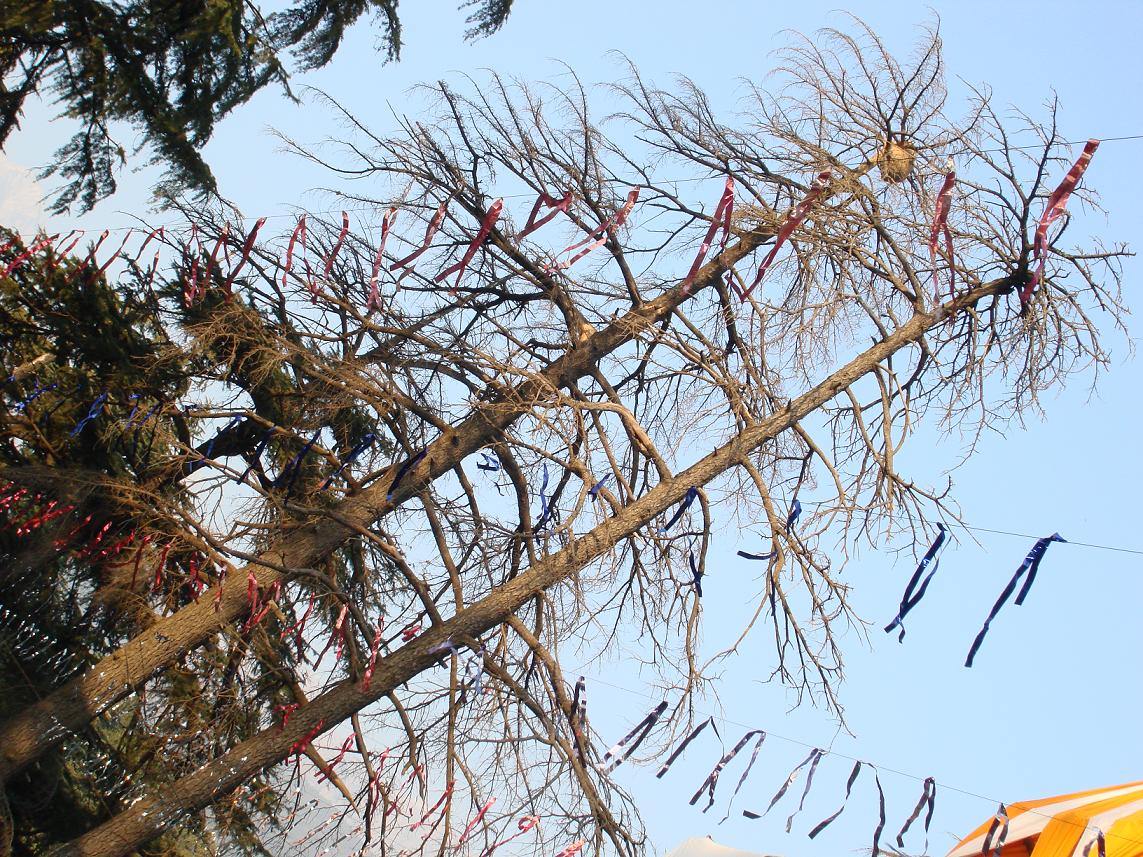 The deodar trees dying at fast speed in Palampur. These trees were planted by the Britishers. One hundred trees have dried up in the town in past five years. Administration is unconcerned with the situation. Environmentalists have expressed serious concern over the situation.

PALAMPUR- The green cover in this picturesque town of Himachal Pradesh is under serious threat, especially within the Municipal Limits and adjoining panchayat areas, where there is no check on the felling and lopping of the trees. The town is losing its greenery in fast speed and concrete jungles are coming up. It is sad state of affairs that forest department and other local authorities are unconcerned with the situation.

The deodar trees which were one time the beauty of the town is also dying day by day. In past ten year over one hundred deodar trees have either axed or dried up in the town. In front of local PWD Rest House over one dozen trees have dried up. No efforts were made by the authorities to know reason for sudden collapse of these trees.

It is a matter of serious concern that none in the administration is bother to preserve greenery of the town. No efforts have been made to plant new trees in the town. Every year the Van Mahotsava is celebrated in the town, VVIPs are called to plant the new trees but after some time no trees are seen on the land.

In past few years various government departments have taken forest laws lightly and number of precious deodar trees have either been cut or lopped off without the valid permission from the concerned authorities. In many areas of the town many government buildings have come up by cutting trees. Recently many old trees were axed in the town to pave way for new buildings. Nobody in the administration knew that who granted the permission to cut these trees.

There are many other instances where the deodar have been axed without any permission keeping a side forest laws made for this purpose. In such case it was obligatory on the part of concerned department or municipal council to seek prior permission from forest department ,which is ultimately granted by the Deputy Commissioner who is also District Magistrate . But the many government department preferred to axe these trees by bye passing the ball rules and regulations.

Meanwhile various voluntary organizations and environmentalists have lodged serious protest with the authorities for reckless looping of the deodar and other trees which is a beauty of the this hill station. However, the forest department says that in Municipal areas, only municipal council is competent to initiate action against the defaulters.

It may be recalled that one deodar tree takes seventy years for full growth. Perhaps the Palampur is the only hill station in the country where deodar tree is grown between the height of 3000 feet to 4000 feet from MSL. And if no efforts were made to save these rare deodar trees the attraction and charm of this hill town will soon be over and no tourist will come here.