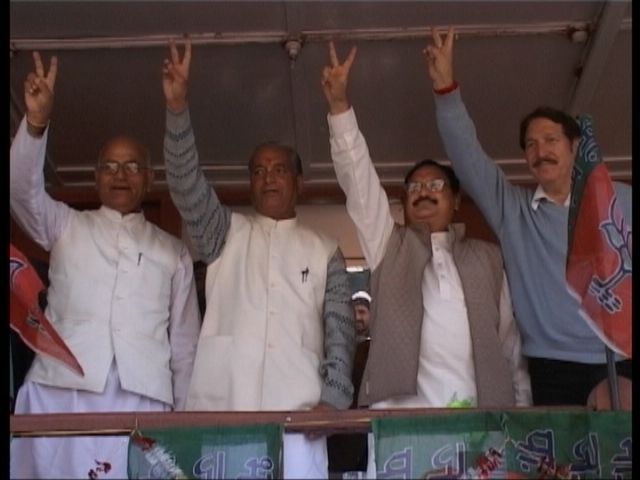 Tulsi Ram the official BJP candidate today filed his papers from the Bharmaur (Tribal seat). Election to this seat will be held along with two other tribal seats of Kinnaur and Lahaul and Spiti on November 14. 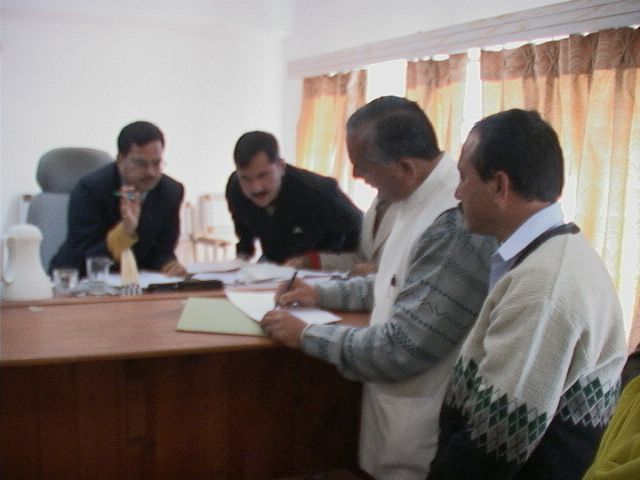 The BJP candidate filed his papers in the office of ADM, Bharmaur, the Assistant Returning officer for the Tribal seat. He went to the ADM office in a big procession of party workers and leaders led by Jagat Praksh Nadda and Mohan Lal, two former party ministers in the Prem Kumar Dhumal government. Tulsi Ram is contesting the election from this seat for fourth time. He had won twice from this seat.

Only one nomination paper was filed from Bharmaur seat so for.

Election for the seat will be held on November 14. Tulsi Ram will face sitting MLA, Thakur Singh Bharmauria of Congress who will file his papers on Thursday. In 2003 assembly elections, Bharmauria had defeated Tulsi Ram by a margin of 9,692 votes. Bharmauria had secured 21,869 votes as against 12,177 by Tulsi Ram.

The party also launched its election campaign for the Bharmaur seat by launching a scathing attack on the Congress for its failure to implement its last election manifesto. The performance of Vir Bhadra Singh led state Congress government was dismal, said, Nadda during the election meeting. 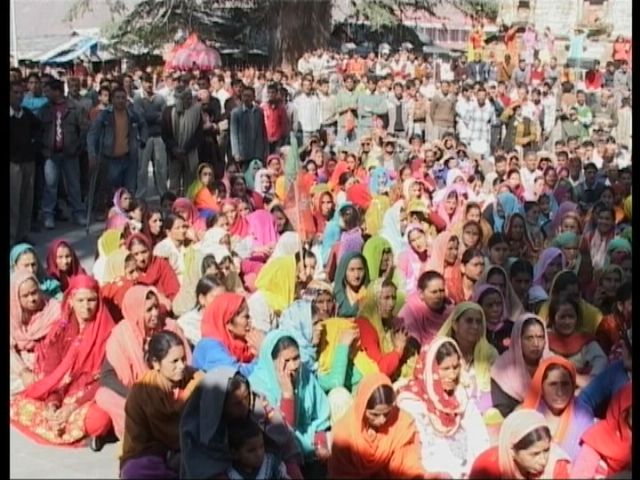 People listening to speeches of BJP leaders during an election rally in Bharmaur of Chamba district.

Nadda came down heavily on the Congress for befooling the people during its five years rule. The corruption was rampant during the Congress rule and development had come to a complete standstill due to shortage of funds with the state government.

He said that people of the state were unhappy with the Congress and will bring back the BJP to power as they consider BJP as people friendly. He claimed unity in the rank and file of the BJP adding that the party would sweep the elections this time.

Mohan Lal, ex minister and district BJP chief blamed the Congress for ignoring the Chamba district in matter of development.

Tulsi Ram told the people that he would work for them as he had done earlier too. He exhorted them to vote for the BJP for bringing development and prosperity to the area.