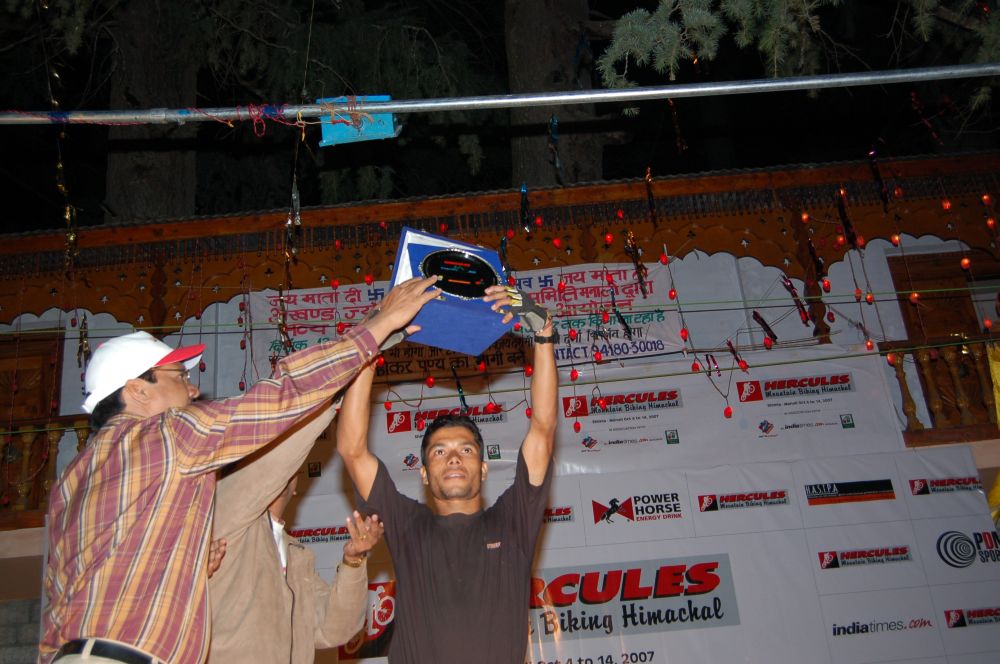 Joshi was also the declared the best uphill rider where as Naresh Burman was the best downhill rider in the event. In the international category, Joseph Cruz won the first prize and in the master category John Nobile was adjudged the best cyclist.

In all 43 bikers, took part in the 650 kilometer cycle rally that traversed through a varied course ranging from simple footpaths, mule trails and dirt tracks to fast-paced gravel roads. They encountered winding steep down-hills and gruelling up-hills. Among the participants were 26 foreign nationals from 10 countries and a contingent of 12 cyclists from the Indian army.

This year the rally was tougher, longer and passed through higher hill ranges to put the endurance of men and machines to a severe test. During the rally, the participants gained an elevation of 14,000 mts in 9 days and the highest point on the course was Jalori pass at 3223 meters. The participants on an average covered 80 kilometers in a day said Mohit Sood, president of the organizing Himalayan Adventure Sports and Tourism Promotion Association.