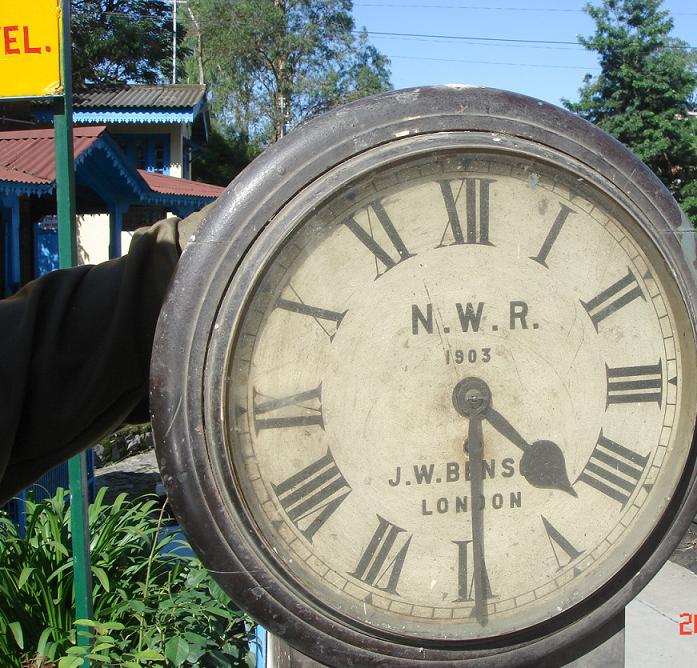 SOLAN: It was like come out from wilderness and got new lease of life. The 1903 made wall clock at Dharampur railway station has finally found some attention when two men team of UNESCO reached at station yesterday during its inspection visit of track to consider it for heritage status.

The station staff who till now was ignored the importance of clock has specially shown the clock to team. The team members, Dr. Robert Lee and Mr. E.V. Walker were greatly impressed with clock. They took photographs of clock for their record.

The clock, believed to be got out of order before 1990 were dumped in a store without recognizing its vintage value. The station staff that recognized clock value after media attention has now planned to keep the clock as a heritage thing itself.

The clock manufactured by J W Benson, London was believed to be put up at Dharampur railway station in 1903 the year when track was thrown opened for general public.