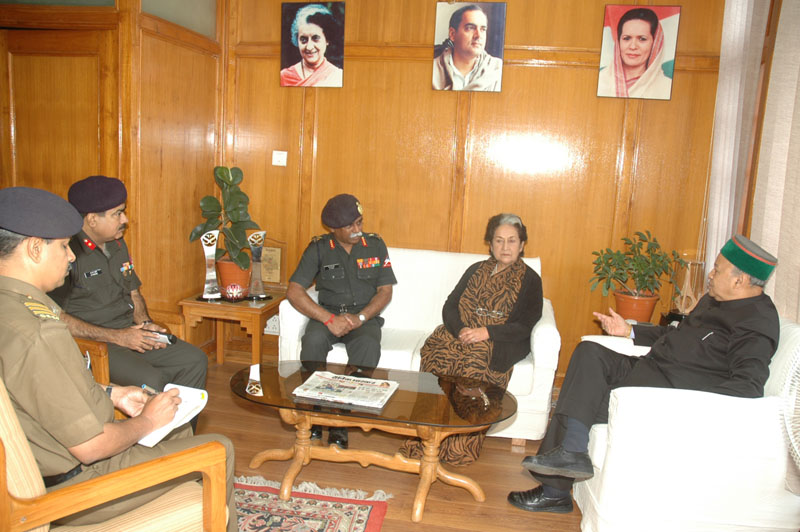 Service tunnel would be constructed along the 9 kms. Long Rohtang Tunnel targeted to be completed by the year 2013 for which global tenders had been floated and final scrutiny was in progress. This was revealed by Virbhadra Singh, Chief Minister in a meeting with the Director General of Border Roads, Lt. Gen. K.S.Rao, PVSM, SC, SM, who called on him accompanied by Brig. J.K.Narang, Chief Engineer (Projects) Deepak, Lt. Col. Anurag Chander and G.P.Cherian here today.

Singh said that service tunnel would be required to be constructed alongside the main tunnel as part of safety measure to carry the different types wires including high tension under ground wires connecting the valley as also to cater to the future requirements of the hydel power generation potential available in the valley. He said that the service tunnel would protect the main tunnel from radiation and other invisible impacts and also facilitate the repair and maintenance activities of the same. He said that if required, the state government would consider sharing the financial burden of the service tunnel after examining all related aspects.

Chief Minister said that his government had moved the case for taking back the Tandi-Killar road from the control of the DGBR keeping in view its poor maintenance conditions and negligible attitude of the designated authorities.

Lt. Gen. K.S.Rao, Director General of Border Roads said that the global tendering had attracted 13 multinational companies to undertake the project construction out of which 8 were being scrutinized so that final decision could be taken to start the construction work. He said that approach roads from both the sides had been completed and soon the construction work would be started.