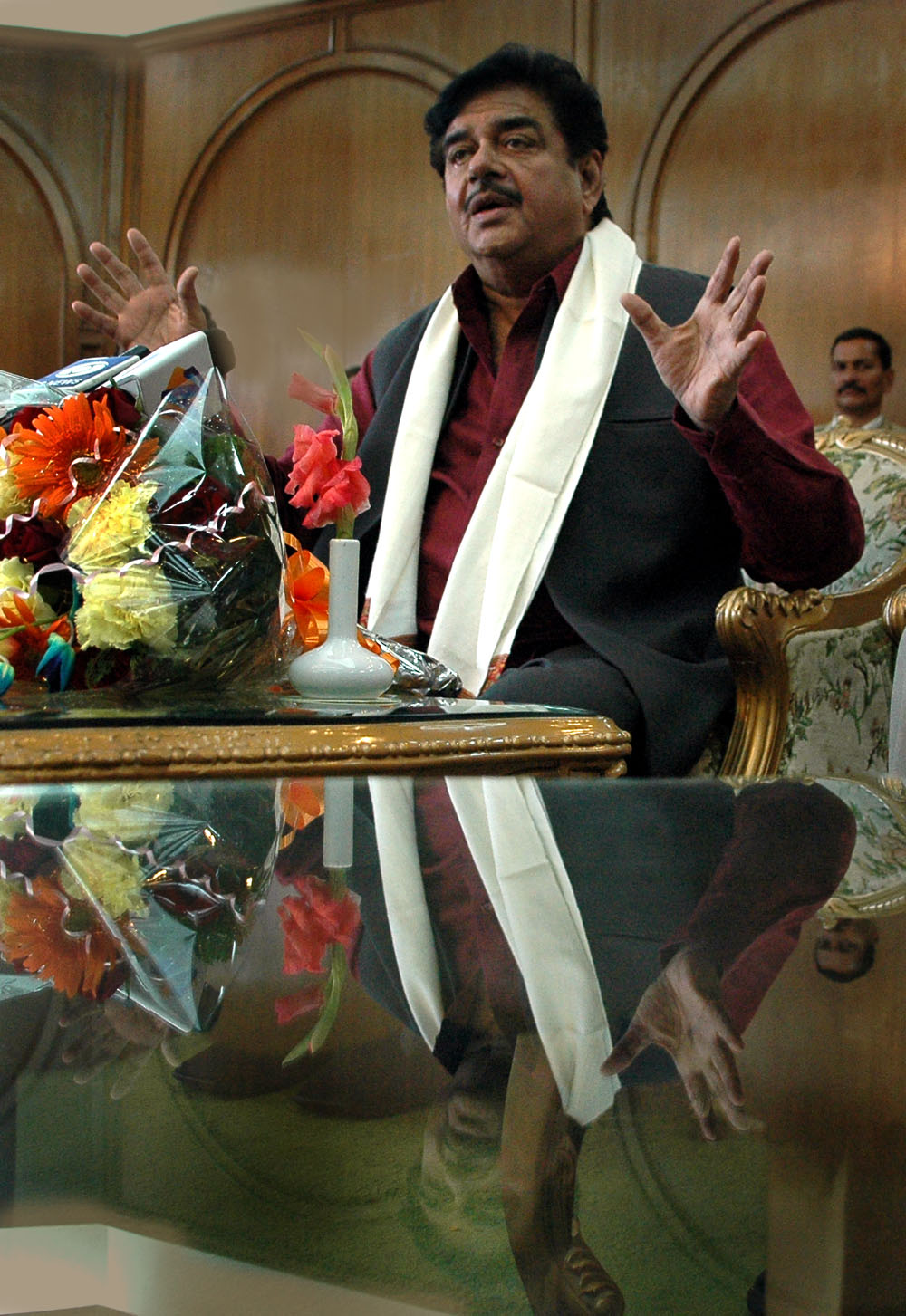 Shimla: Dharna’s, religious processions, marriages and political rallies need to be kept a private affair in the country and should not be allowed to encroach upon the liberty of others or disrupt emergency services like the one that cost the live of a boy, here, a few days ago, stated Shatrugan Sinha, the actor turned politician.

Talking at a ‘meet the press’ program he said “Thus far, not farther” and asked all political parties to deliberate and consider appropriate legislation to curb the practice of encroaching upon public space while celebrating or demonstrating that causes hardships to the common man.

Speaking on a wide variety of issues Sinha, who was the health minister in the Vajpayee government, said that the death of the boy because of the violence outside the Vidhan Sabha was sad but it had pricked the conscience of many.

“Was the congress party, which is in the government, not holding a support rally on the same day that the opposition had planned a protest demonstration to suppress the voice of the opposition,” he questioned? “It was an act of desperation of the congress government which by all intent appeared to be packing its bags,” said Sinha.

About criminalization of politics he said his dignified, disciplined and silent protest of not supporting or campaigning for criminals in Bihar elections had been appreciated by his party (BJP) and president Rajnath Singh and senior leader LK Advani had recently announced that criminal elements would not be given tickets.

Talking about the performance of the Bihar government, he said that chief minister Nitish Kumar was doing it best to bring about order. He said that the state had been neglected for long and had perhaps the lowest per capita income of Rs 300 per month in the country. About 42 % of people are below the poverty line and improving all that would take time. Without reacting to a question over Lalu Prasad Yadav and Rabri Devi’s long term as chief ministers, he said, “Lalu’s rise in politics had brought dignity for the common man.”

About the film industry Sinha said that with the previous NDA government having given films the status of industry has helped in financing and executing projects.” The industry was becoming more transparent and payments were being made through cheques,” he said. About Indian singers, musicians and actors not being allowed to perform in Pakistan, he said, that though India and Pakistan share a common heritage, it was sad that even legendary personalities like Lata Mangeshkar and Asha Bhosale were not permitted to do so.