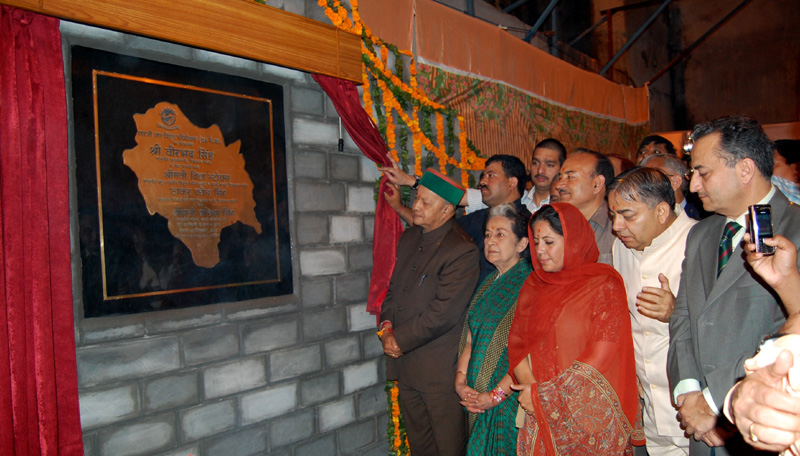 Virbhadra Singh, Chief Minister today dedicated 126 MW Larji Hydro-Electric Power project at Dwada near Thalout in district Mandi to the nation by performing ‘Pooja’ and switching on the button to start the generation. The project has been executed in the public sector by HPSEB.Chief Minister went around the generation area to update himself about the generation process and interacted with the project engineers whom he congratulated for completion of the project and hoped that the project would emerge to be a milestone in the hydel power generation in the State.

Addressing public at Thalout after he laid the foundation stone of the ITI estimated to cost of Rs. 3.75 crore, Virbhadra Singh said that the 126 MW Larji Hydro-Electric Project would yielded an annual revenue of Rs. 180 crore and recover the construction cost in about 8 years. He said that his government had ensured sufficient funds for the completion of the project.