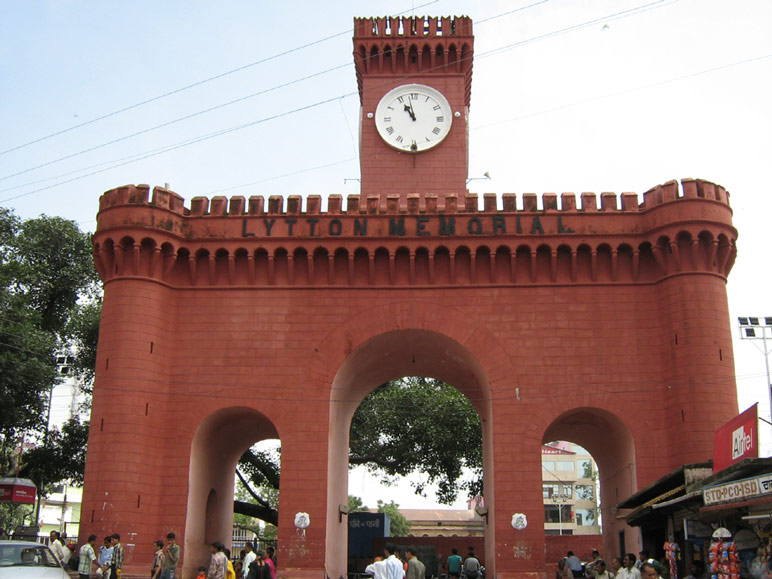 Nahan: With the completion of 60 years of independence one of the oldest and biggest and the first Model Central Jail of Himachal Pradesh has completed half century of neglect. Officers of Himachal Pradesh department of Prisons however does not know the actual date as when Nahan Jail came in to being, but as per few references found in the history of Sirmour the Nahan Jail is around two century old. It came into existence during Ryasati rule in the capital of erstwhile â€˜Sirmoor Riyasatâ€™.

Over packed and ill staffed

The Jail is over packed, facing acute shortage of staff, situation is alarming but prisoners are arriving here every day from the every district of Himachal Pradesh as usual. Today, prisoners lodged in this Jail having a capacity of 198 have crossed the double mark of 400 persons. The record of past 60 years shows that since independence no effective steps were taken to increase its capacity and capability as per requirements.

As per records this Jail was one of the few Indian Jails which was declared as Model Central Jail on the basis of infrastructure available, in the conference of Inspector Generals [Prisons] of the country held in Bombay in 1960. At that time the capacity of the Jail was to house nearly one hundred inmates. After independence state government could increase its capacity just to 198. At present out of over 400 inmates, 100 persons carry life imprisonment but non with death penalty. Though as per sources, in the estate times prisoners awarded with death sentence were also hanged on a big Vat Vriksha, situated behind the Jail which has been felled down by the Jail department some years back to expend the Jail. After independence only one inmate was executed who was sent to Ambala Jail for execution.

At present only 5 Head Warder and 15 Jail Warder are deployed in the Jail against the sanctioned strength of 15 and 75 respectively. Some administrative posts like Assistant Jail Superintendent were also laying vacant. In fact the Jail is virtually managed by 50 Home Guards deployed inside the Jail. The situation is grim even after transferring 200 inmates to the Kanda jail [Shimla] during past two years. â€˜One can well imagine the condition of facilities and security inside. It is not possible to go inside and carry search operations in the over crowded barracks but even then the Jail is managed efficiently by putting ourselves at riskâ€™, commented a security man of the Jail.

Episode of Shyamal Rao Reddy a double murder accused, carrying death penalty on his head, awarded by a Shimla Court, who managed to scale walls of Nahan Jail by breaking his cell on August 16th, 2004, however brought bad name for the Himachal Pradesh government but this episode forced sleeping bureaucracy to wake up and take account of miserable condition of the first Model Central Jail of Himachal Prdesh.

â€˜Ghost of Reddyâ€™, who is still at large, also compelled government to plan for the expansion and strengthen of the Jail. The expansion project started materializing after a period of nearly three years, commented J. S. Chauhan, a retired police officer.

Before Reddy scaled the walls of Nahan Jail one more inmate had climbed the shabby walls of the Jail in February 2004 and escaped. He was reportedly not having very sound mental health and was caught at Solan by the Police. When he was brought back in the Jail he again exhibited his skill by scaling the wall of Jail in the presence of Jail officials including a Magistrate who was also holding the additional charge of Jail Superintendent. â€˜The matter was very serious in nature and was brought in the notice of top officials of Prisons department but bureaucracy did not wake up till another such happening took place on August 16thâ€™, added Chauhan.

In the Bombay IGâ€™s conference Nahan Jail was adjudged among the few Jails of the country having infracture required for the implementation of new Jail reforms norms to launch â€˜Prisoners Welfare Projectsâ€™ based on the slogan of Mahatma Gandhi â€˜Hate Sin not Sinnerâ€™. To launch productive and training activities for the rehabilitation of inmates, Nahan Jail was having a well equipped Printing Press, Khaddi weaving and Carpentry units besides producing vegetables since estate times. Even freedom fighters of Pajhota freedom movement lodged here were photographed by some English tourists in the Nahan vegetable market where they daily used to come with fetters in their hands and feet to sale the produce.

Jail sources says that this Jail came into lime light in emergency as top Jansangh leaders including former Chief Minister Shanta Kumar were lodged in this Jail. Shanta Kumar minutely observed the problems faced by the inmates and after becoming Chief Minister of Himachal Pradesh in 1977 he celebrated â€˜Jail Sudhar Divasâ€™ in Nahan Jail and ordered Jail reforms in a big way in the state. At that time for the first time minimum wage was fixed which was at rupees 1.50 to 3 per day and at present have touched rupees 80 per day for the inmates involved in the productive activities. At present, in implementing reforms, the Jails of Himachal Pradesh have been adjudged best in the country.

At last some positive steps

As per Jail officials for the past few months construction activities in the Jail complex were on to construct new complex to house 110 more inmates. In the first phase rupees two and half crores have been sanctioned for the construction of outer nearly 400 meters with 18 feet height security wall. Recently, a number of additional posts have been sanctioned including recruitment of 40 warders who were under training at Lukhnow in Uttar Pradesh.