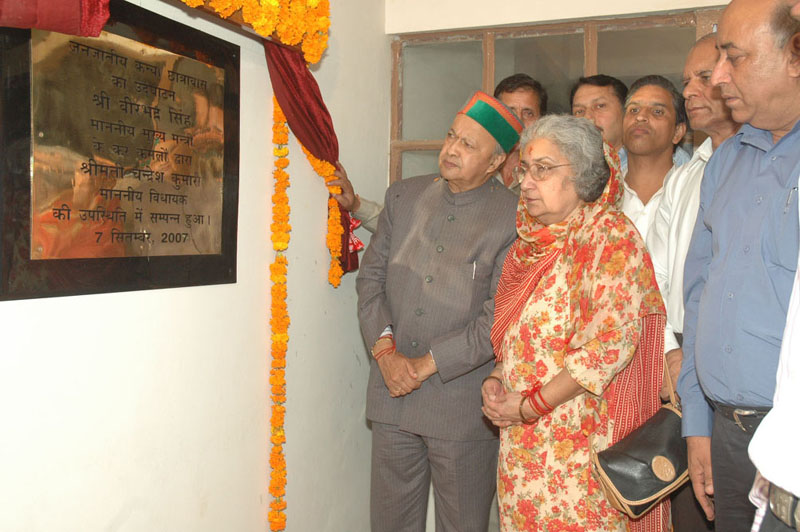 Amity University would soon start campus construction work near Dharamsala to provide students latest educational facilities in emerging disciplines. Efforts were being made to get central university for the State and every district to have atleast one college of par excellence. This was stated by Mr. Virbhadra Singh, Chief Minister, in his address at the felicitation function organized by Old Students Association of Govt. P.G. Degree College Dharamshala last evening after he dedicated the tribal girls hostel to the students of the college constructed at a cost of Rs. 96 lakhs and performing Bhoomi Poojan of college auditorium, estimated to cost Rs. 2.60 crore.

Chief Minister said that Government had granted permission to the Amity University which has internationally renowned education university to open its centre of par excellence at Dharamshala, where students from all over the world would be admitted. He said that the Noble Laureate Prof. Amritya Sen had quoted the education progress in Himachal Pradesh in his books, which the State had been adjudged best in education in the country, which was a matter of pride to the people of the State.