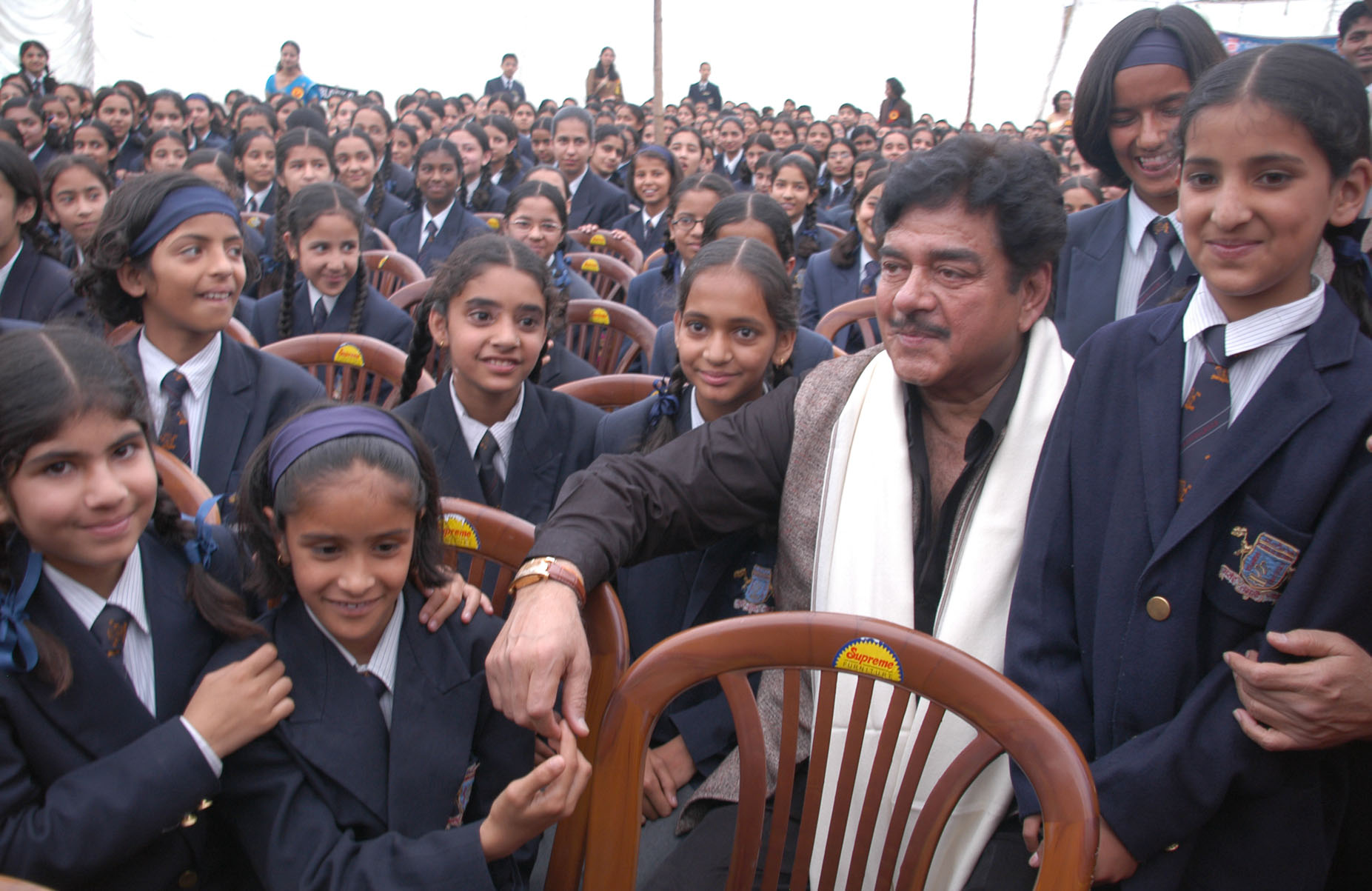 Not being invited to Abhishek-Ashwariya wedding was a matter between friends and its is settled, is how Shatrugan Sinha dismissed the controversy where he is reported to have returned the sweets packet sent by Amitabh Bachchan after the ceremony. Evading media queries over the issue with a dialogue from one of his film dialogues Sinha said “Khamosh, band karo yeh nacch gana.”However, he maintained that Amitabh Bacchan was one of the finest persons in the film industry whom he held in high esteem.

Later talking to students of DAV school Lakkar Bazar, the actor turned politician derided his tribe by saying that today politics was not the last but first resort of the scoundrel. Praising the DAV institutions, Sinha said that it was a little known fact that these institutions have thrown up three prime ministers which include AB Vajpayee, IG Gujaral and Manmohan Singh. “Today it was a need for all politicians to recall lessons about honesty and discipline learnt at school” he said.

Shatrugan who is here on a two day visit, cautioned against the use of drugs. He asked the children to stay from drugs. To the not so bright, he said “if some cannot excel in studies, rather than succumbing to peer pressure, they should try and to develop a different identity from the rest. Taking a leaf out of his personal life he said, “My parents were keen that like my three brothers I too become a doctor but look I ended up becoming the health minister of the country.”

Talking to the media about the political uncertainty, Sinha said that the Indo-US nuclear deal had precipitated a crisis for the UPA government and there was every likelihood that a mid-term poll would be held soon.