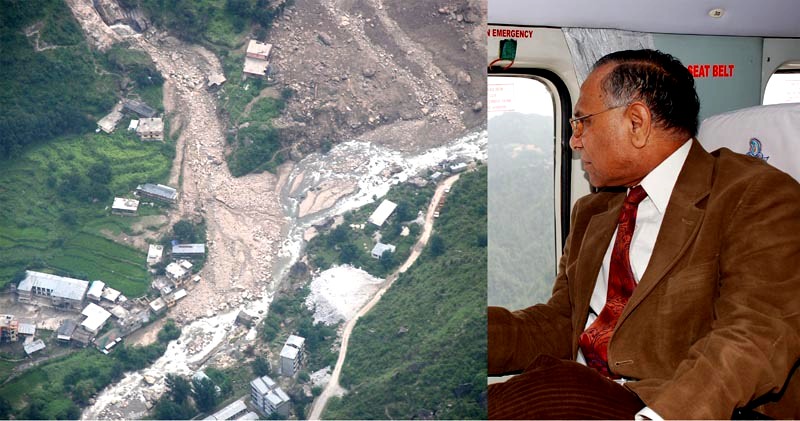 V.S. Kokje, Governor carried out an aerial survey of the cloudburst and flood hit area of Rampur tehsil in district Shimla today to assess the damage caused by the cloudburst which occurred on 14th August, 2007 and 52 people were feared missing in the incident.

Governor expressed concern over the natural calamity and directed the Revenue authorities to provide proper alternative shelter and shift the affected families to safer places. He also said that best efforts should be made to help them come out of the tragedy and ensure all possible help to victims of cloudburst.

Governor also directed that houses washed away in Ghanvi village due to cloudburst should be constructed before the ensuing winter. He also said that relief and rehabilitation of the affected families should be done on priority.