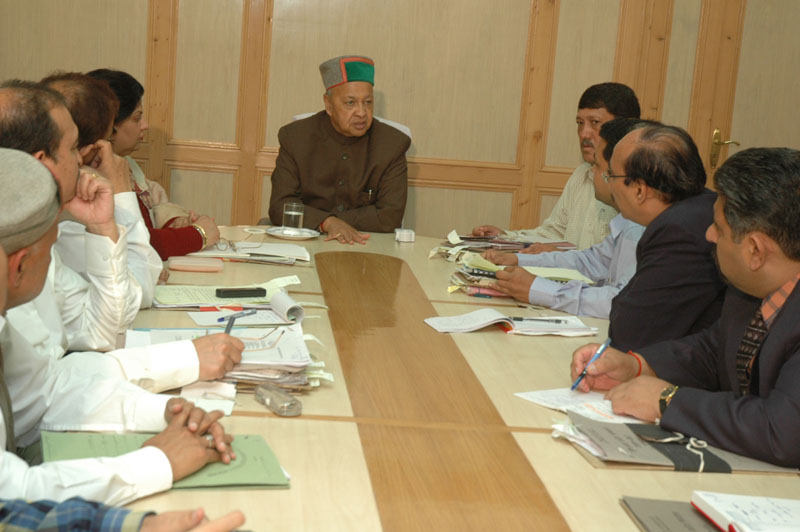 State Government has allocated Rs. 20 crore for the various developmental activities and creation of necessary quality infrastructure in the Baddi-Barotiwala-Nalagarh Development Authority area to facilitate the industrialists. This was revealed by Virbhadra Singh, Chief Minister, while presiding over the high power committee meeting of the Baddi-Barotiwala-Nalagarh Development Authority (BBNDA), held here under his Chairmanship today.

For long industrialists were resenting that despite best tax breaks available in country there is no adequate power supply, nor the roads are upto the mark.

Singh said that the matter with regard to the improvement and maintenance of the Pinjore-Nalagarh connecting road had been raised with the government of Haryana with the request to take up the project on priority besides the other road connecting Chandigarh with Nalagarh. He said that with the widening and improvement of both the connecting roads the industrial areas would be accessible from both the sides and save the commuters to travel to Chandigarh via Pinjore. He said that the widening of the internal roads within the jurisdiction of the Baddi-Barotiwala-Nalagarh Development Authority was in progress and results coming forth upto the satisfaction of the Authority. He said that remaining internal roads would also be taken up for the similar purposes on completion of the existing projects.
He said that recently solid waste management plant establishment permission had been granted which would deal with the industrial waste disposal of the entire industrial area. He said that the industrial waste was not being permitted to be released into the open and in the water channels of the area which were causing pollution to the water resources.