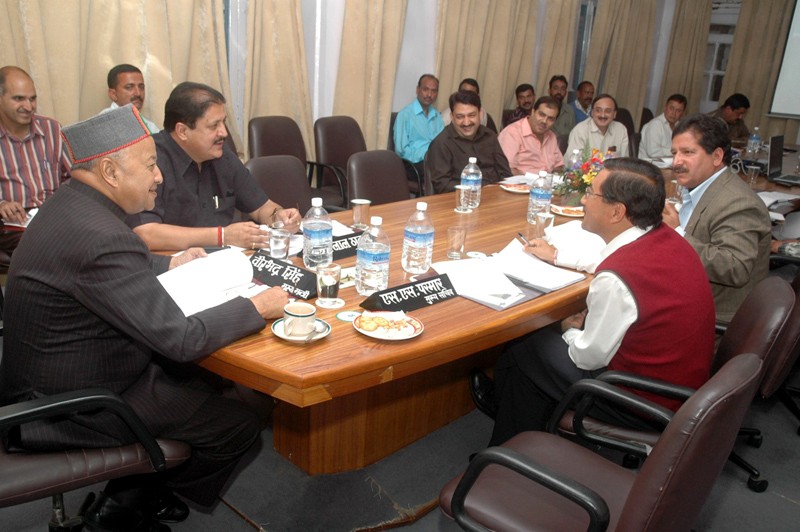 The Western Himalayan Mountaineering and Adventure Sports Institute, Manali, would be starting courses for the police, home guards and other government officials in disaster management besides strengthening the infrastructure matching the national and international standards for organization of national water sports events, especially in kayaking and canoeing in the Gobind Sagar reservoir. This was revealed by Virbhadra Singh, Chief Minister, while presiding over the 3rd Meeting of the General House of the Western Himalayan Mountaineering and Adventure Sports Society Manali, today.

Virbhadra Singh said that Bilaspur was fast emerging as a sports town in the state where best sports infrastructure was coming up upholding the national and international standards. He said that the Gobind Sagar reservoir has the capacity to cater to the organization of the national and international level water sports events and a number of proposals from different quarters were pouring in to approve their proposal for which the infrastructural facilities were required to be upgraded.

Virbhadra Singh said that the â€˜Swargashramâ€™ in Mcleodganj, Dharamshala complex would be restored keeping in view its heritage importance as also His Hiliness the Dalai Lama has also spent the initial 11 years of his exile from China on coming to Himachal Pradesh.Ram Lal Thakaur, Forest, Youth Services and Sports Minister, said that the artificial reservoirs of Gobind Sagar and Pong Dam were fast emerging the favourite destinations for water sports activities and every year people in large number were taking part in the water sports and other adventure sports organized.