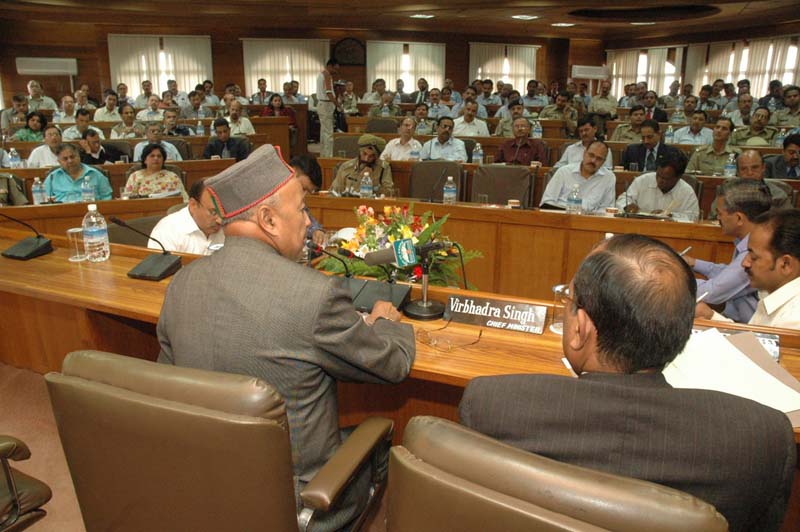 Virbhadra Singh, Chief Minister, said that his government would regularize the daily wagers working in different Government departments completing eight years of service on 31st March, 2006 in a phased manner, fill up all the vacant posts created and sanctioned from time to time in a time bound manner, strengthen the police department and carry out recruitment of 1,400 police constables on priority, Election Manifesto, Budget Assurances and Chief Ministerâ€™s announcements implemented on priority, Rs. 500 crore to be spent under Jawahar Lal Urban Renewal Mission in Shimla.

This was revealed by him while addressing the top level meeting of the Principal Secretaries, Secretaries, Heads of the Departments, Vice-Chancellors of the Universities of the State here today.

Chief Minister said that his Government would consider the creation of law officer post in the Deputy Commissionerâ€™s offices to deal with the legal matters.

He said that the Rs. 3,900 crore Jawahar Lal Nehru Urban Renewal Mission would restore the heritage status of the capital town and Rs. 500 crore to be spent during current financial year.