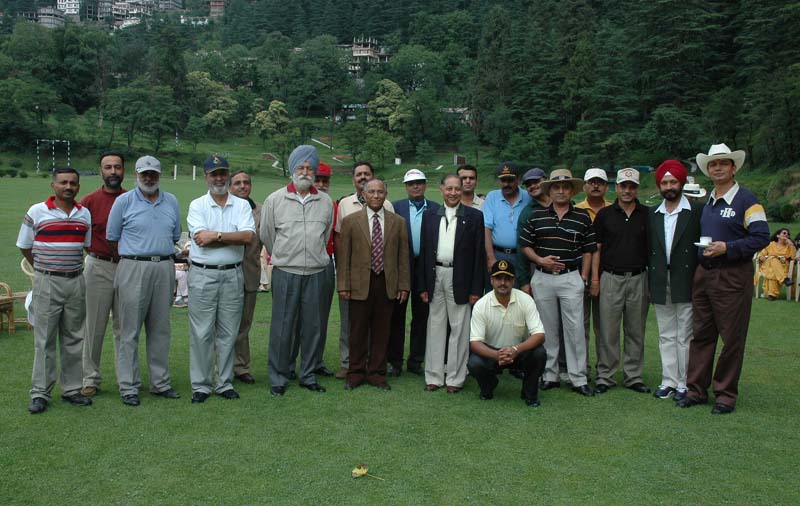 V.S. Kokje, Governor gave away prizes to the winners and runner up team of Army-Civil Golf Tournament which was held at Anandale Golf Ground near Shimla today.

This time the winner was Army Team which won the tournament whereas the civil team was runner up.

Governor gave away the individual prizes to Yateesh Sood and S.Vijay Kumar. Ladies putting Competition was also held on this occasion in which Ms. Puja Ahluwalia bagged the 1st Prize and Mrs. Reeta Sahni bagged runner up prize.