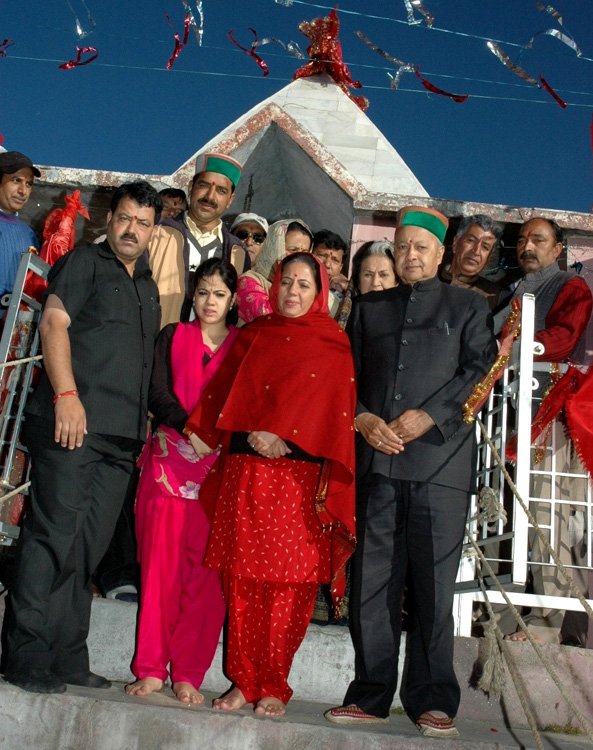 Himachal Chief Minister, said that the 59 kms. long stretch of Hindustan-Tibet Road between Phagu and Kumarsain would be widened, improved, strengthened and tarred by spending Rs. 28 crore.

He stated it after he dedicated the tourist hut constructed at a cost of Rs. 20 lakhs at Hatu Peak in Narkanda to the trekkers and tourists visiting the peak for adventure tourism and natural tourism today and offering obeisance at the shrine of Hatu Godess.

Chief Minister said that Rs. 3 crore had been earmarked for the development of Narkanda area from the tourism point of view since the spot happens to be favourite with the adventure, skiers, nature lovers and common tourists who throng the place round the year to maintain close contact with the nature. He said that under the tourism development project the existing infrastructure would be improved and strengthened to cater to the increased demand of the tourists besides developing new destinations in the area for dispersal of tourism activities where all basic amenities would be created.

He said that by giving boost to the tourism promotional activities the local youth would also be in a position to explore self employment avenues.

Virbhadra announced spending of Rs. 15 lakhs over the development of the Hatu temple area from religious and other tourism developmental activities point of view and creation of more amenities for the visitors to the temple and the peak. He also announced Rs. 5 lakh for the improvement of the temple complex so that devotees could find themselves at comfort.

Onkar Sharma, Director Tourism and Civil Aviation apprised CM of the tourism development activities in the area. He said that identification of the new destinations to be explored for tourism promotion activities was on progress where necessary infrastructural facilities would also be created to attract tourists to visit the same.