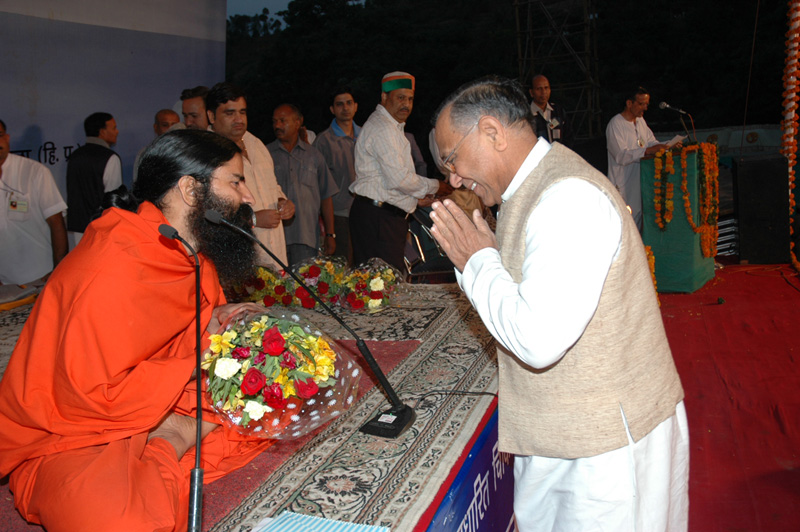 Kokje welcomed Swami Ram Dev jee to Himachal Pradesh and said that Himachal Pradesh was known as â€˜Land of Godsâ€™ and holding of such camp would go a long way in promoting yoga which played a significant role in improving the quality of life by keeping individuals mentally and physically fit.

The Governor further said that there was a need to practice yoga in our daily life to stay away from stress and strains of the modern competitive world and added that Swami Ram Dev Jee was doing a commendable job by practicing yoga in such a large gathering and promoting it through out the world.

Earlier, Smt. Pratibha Singh, M.P. welcomed Swami Ram Dev Jee. She said that people would be immensely benefited by the teachings of Swami Jee during the Yog Vigyan shivir being held from 17th to 22nd May, 2007.