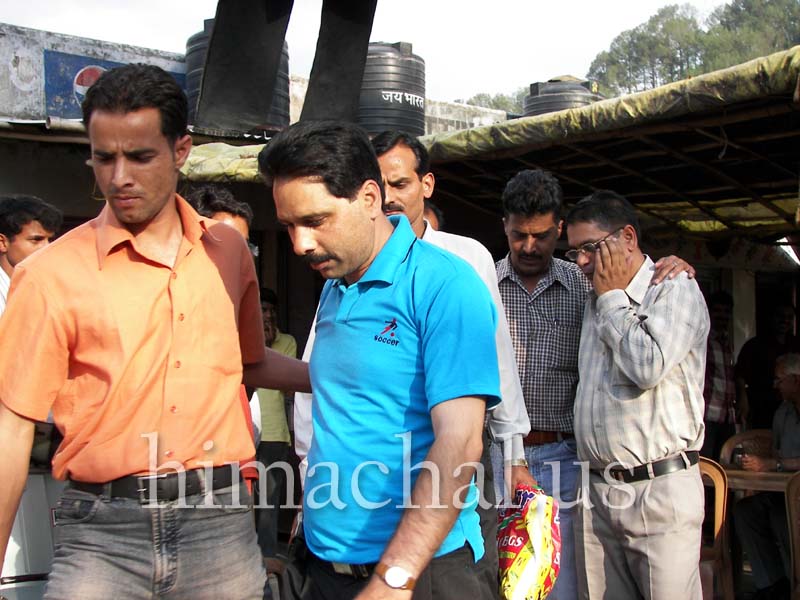 Anti corruption cell of Mandi caught a Supervisor and a worker of Municipality Corporation Mandi red handed near “Paddal Stadium” while taking a bribe of Rs. 2,000. Hans Raj (Sup.) and Man Singh (Worker) both work in Municipality Corporation Mandi and demanded rupees 2000 for settling down the house tax of complainant Madan Lal Saini. Madan Lal Saini resident of Sauli Khad approached anti corruption cell and called Mr. Hans Raj and Man Singh as they were harassing him to settle to Paddal where team of Anti corruption cell Mandi was ready to caught him red handed.

This is the second case in a week’s time which Mandi anti corruption cell has unearthed and all appreciation goes to honest and dedicated state government officials of this branch.