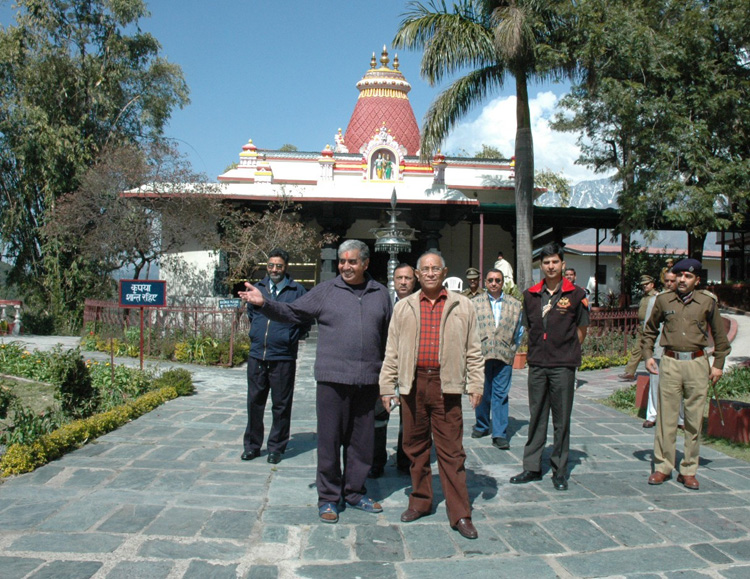 Governor lauded the exhibition and stalls put up by various departments and self help groups and said that these exhibitions go a long way in educating people about various Government programmes and new products. They also boost economic activities, he added.

B.B. L. Butail, Local MLA welcomed the Governor and said that various steps were being taken to organize the festival in a more attractive manner.

Governor was honoured by presenting a Shawl and Cap on the occasion.

Earlier, Governor inaugurated the cultural evening by lighting a lamp.

Governor also released a souvenir brought out to mark the occasion besides releasing a book â€œ Log Kaise Kaiseâ€ authored by Sudershan Bhatia.

Kokje said that Himachal Pradesh remained an abode of saints and spiritual seekers since centuries and even today the peace and tranquility of the State attract scholars and nature lovers all over the world. He said that there was a need to establish pilgrim circuit connecting all the famous Shakti Piths of lowers areas of the State and spiritual centers such as Chimnaya Tapovan could exploit the potential of the State as Tapobhumi in a real sense. Such activities would also provide ample employment opportunity to the local people,he added.

Kokje lauded the activities of Chinmaya Tapovan Ashram and the social upliftment programmes started in and around in 350 villages of the District.