Himachal Chief Minister, Virbhadra Singh, today inaugurated the extended Kangra (Gaggal) Airport and new terminal by lighting the lamp and was joined by Praful Patel, Union Minister of State for Civil Aviation who accompanied the inaugural flight from new Delhi to Kangra airport to dedicate the same to the people of the Sate.Airport was extended at a cost of Rs. 20 crore to accommodate landing of ATR-42 type of higher capacity passenger flights to the valley.

H.H. the Dalai Lama who accompanied the inaugural flight to Kangra and his Prime Minsiter Prof. Samadog Rimpoche also visited the airport to bless the inaugural ceremony with their benign presence.

CM reiterated, Himachal being Himalayan state and extensive potential for tourism, Kangra airport would be milestone in bringing the tourists to the valley.

He also said that soon the airstrip at Kullu would be expanded and a bridge constructed over the river Beas to expand the airport to cater to the land of the ATR-42 type and bigger planes in the valley which had been the prominent tourist destination to the people thronging the valley from all over the world.

Praful Patel, Union Minister of State for Civil Aviation said that runway extension work of Kullu airport would be started during 2007. 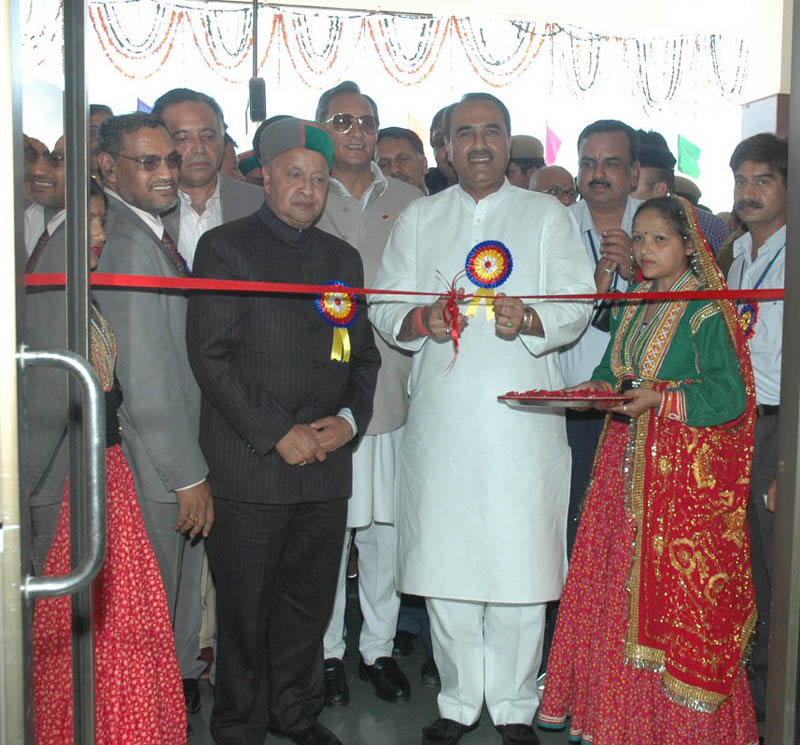 He said night landing at Kangra airport to be carried out in three-four months.
Patel said that heli-tourism, sea and other new tourism activities were being promoted and freight direct investment being attracted. He said that better connectivity would generate employment to the local youth.

Major Vijay Singh Mankotia, MLA called it a historical day in the history of Kangra when the expanded airport was opened for bigger plane landing and to cater to the landing of bigger planes.