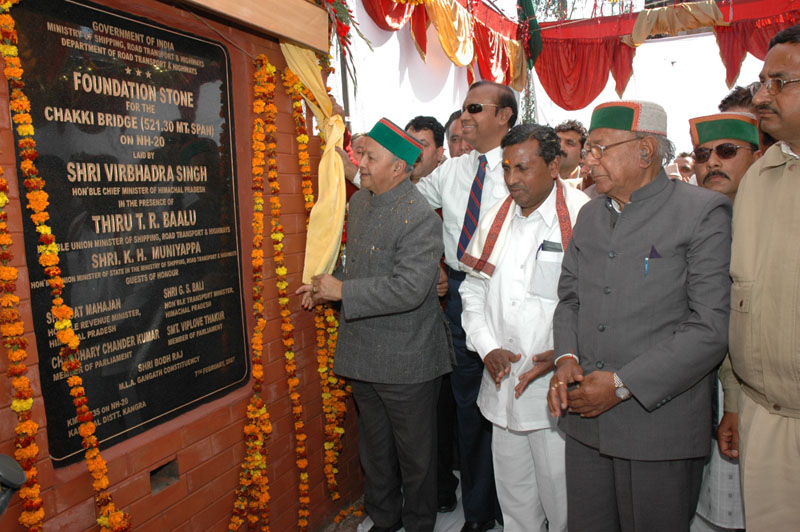 The Union Minister for Shipping, Road Transport and Highways Thiru T.R. Baalu has said that the development of the route from Delhi to Shimla under the National Highway Development Progrmme (NHDP) would integrate Himachal Pradesh with the national network of National Highways of international standards having 6-lane /4-lane configuration. Thiru Baalu was speaking at the foundation stone laying ceremony for the Chakki Khad Bridge on NH-20 in Himachal Pradesh today.

The Chief Minister of Himachal Pradesh Shri Virbhadra Singh, Shri K.H. Muniyappa, the Minister of State in the Ministry of Shipping, Road Transport & Highways besides other dignitaries, were present at the foundation stone laying ceremony at Chakki Khad Bridge. The construction of this bridge 30-metre upstream of the existing old arch bridge has been sanctioned for an amount of Rs.20.76 crores.