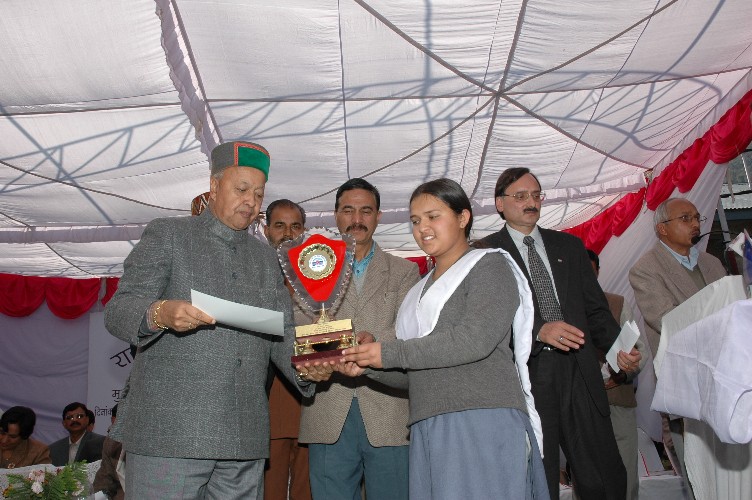 Virbhadra Singh, Chief Minister stressed upon the need to launch aggressive social awareness campaign with joint efforts of Government and general public alongwith active participation of panchayats, mahila and yuvak mandals, students and NGOs to root out the menace of intoxicants and drugs from the society.

Chief Minister said this while presiding over the prize distribution function of State-level competition held under â€˜Nasha Niwaran Abhiyanâ€™ organized by Information and Public Relations Department at Mandi today.

Shri Virbhadra singh while referring to the total prohibition campaign led by the father of the Nation Mahatma Gandhi, said that the path shown by him gave direction to the â€˜Nasha Nivaran Campaignâ€™ in the country. He said that Gandhiji was of the strong opinion that healthy society leads to overall development of the nation, therefore, social evils like intoxication and drug abuse needed to be totally eradicated.

Chief Minister said that immediately after independence, total prohibition was enforced in Gujrat which set an example for other States also. He said that merely enforcing laws can not eradicate this social evil and the active participation of society is needed alongwith vigorous social campaigns.

Chief Minister said that State Government was creating awareness through â€˜Nasha Niwaran Abhiyanâ€™ being implemented by Information and Public Relations Department. He said that Tobacco Control law was effective in the country since 1st May, 2004 under which smoking is prohibited in public places and all advertisements showing tobacco products is banned under this law. 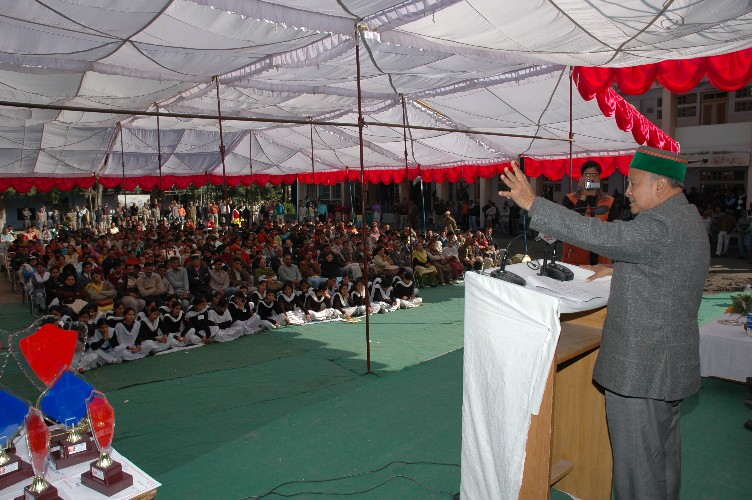 Chief Minister said that children are the future of the nation and added that by educating children about the ill effects of drugs and creating awareness by organizing competition was a step towards the right direction. He said that State Government was implementing many programmes to eradicate the evils of drug abuse from the society and the Department is leading the fight against drug abuse through â€˜Nasha Niwaran Abhiyanâ€™. He said that Government is making people aware about the drug abuse through educative publicity material and video documentaries.

Chief Minister appealed to the people to abstain from any form of intoxication so that a healthy and drug free society could be evolved, which would eventually lead to a happy and prosperous society.

He appreciated the efforts of the Information and Public Relations Department in creating awareness regarding intoxicants and said that such competitions would go a long way in creating healthy and prosperous society.

Chief Minister gave away the prizes to the winners of the State-level Nasha Niwaran Abhiyan declamation, slogan and painting competitions winners.