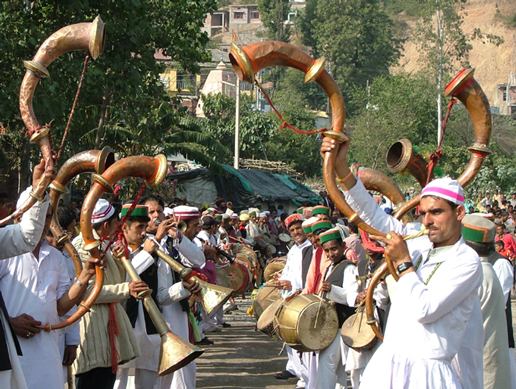 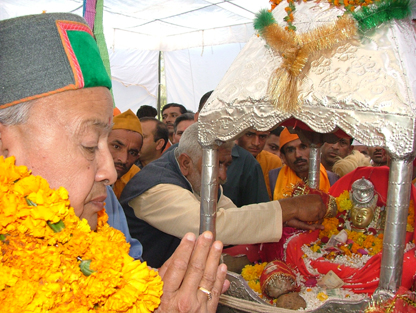 Chief Minister of Himachal Pradesh Shri Vir Bhadra Singh (Patron in chief of my Himachal) who arrived here this afternoon in a chopper paid his obeisance to the palanquin of Lord Parshuram & other deities in the ground & walked with the palanquins during the Shobha Yatra. Over one Lakh devotees joined the Shobha Yatra, the largest procession of the district Sirmour after Shobha yatra entred Dadahu market. 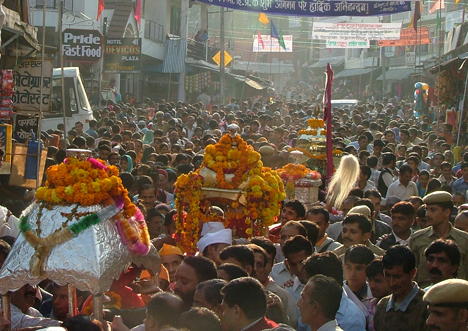 People throng from the various states of northern India reciting the holy names of Lord Parshuram & Maa Renuka & danced on the religious lyrics with traditional mucial instruments, showing their devotion to Lord Parshuram & Mata Renuka, during the over one & half hours of Shobha Yatra. 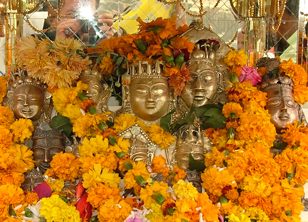 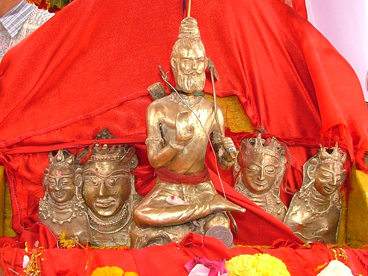 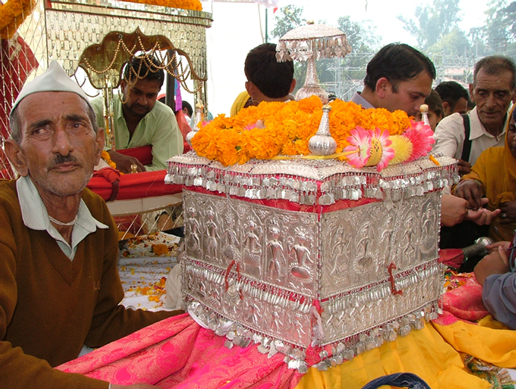 People in large number are taking holy dip in the Shri Renuka ji Lake however holy dip on the occasion of Devprobodhini Eikadashi Snan Mahatmya (a special day earmarked for paying obeisance to God) will start in the wee hours on October 2nd, Friday. More then five lakhs of devotes are expected to reach the fair tomorrow.