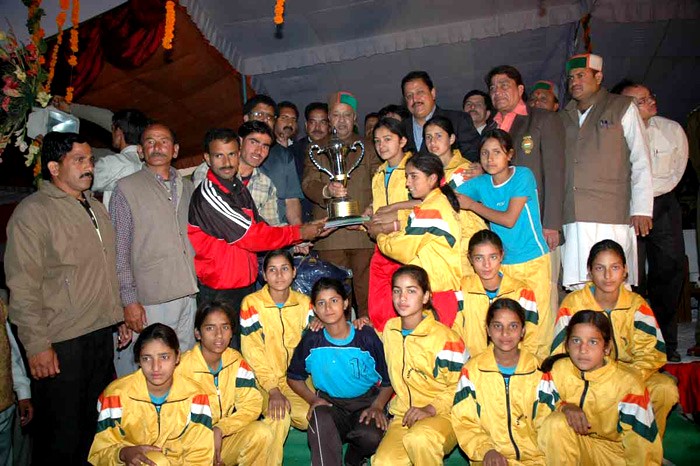 Bilaspur: Himachal Pradesh created history by winning both the Boys and Girls categories of 18th Sub Junior Boys and Girls National Kabaddi Championship for the first time in the country after independence. Shri Virbhadra Singh, Chief Minister awarded Trophies to the winning teams in the Closing Ceremony of the Championship held at Bilaspur today.

The final match was played between H.P. and Haryana in Girls category and H.P. and Maharashtra in Boys category. Both the matches were won by Himachal Pradesh, which had happened for the first time in the sports history of the country as no State had so far won both the Championships in the same Tournament in the country. 28 teams from various States and Union Territories participated in the four day long National Kabaddi Championship.