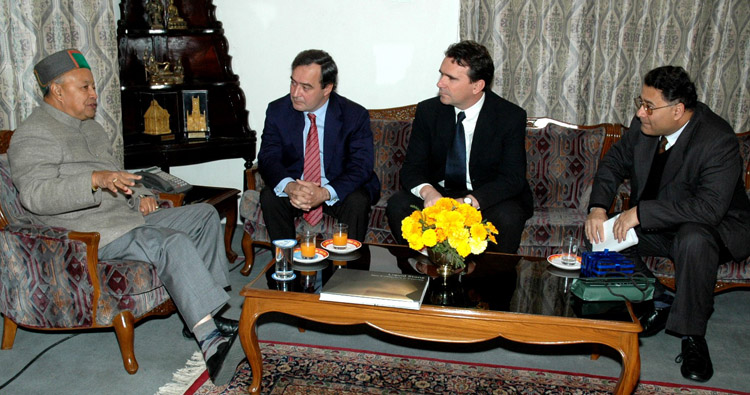 Shri Virbhadra Singh said that the State had banned the polluting industries and only those industries which had least environmental hazards were being granted permission subject to the condition that they take benefit of the technological advancements in checking the pollution with the help of modern devices. He said that environment was a valuable asset of the State and would be protected at all costs and any disturbance to the ecology would be viewed seriously. He said that development at the cost of environment and interests of the State and its people would not be allowed

Chief Minister said that the State was taking all precautions while allotting cement projects for execution to utilize the available limestone for the benefit of the State. He said that cement projects were being permitted in the locations where displacement of the habitations was negligible and environmental efforts were not hazardous. He said that cement plant companies had been directed to incorporate pollution control devices in their plants so that there were no ecological hazards. He said that cement plants were instrumental in generating vast employment and self employment avenues to the local people and the economy of the people of the area got strengthened. He said that the companies were also being directed to ensure their active participation in the local developmental activities and associate themselves with the social welfare activities of the respective areas.