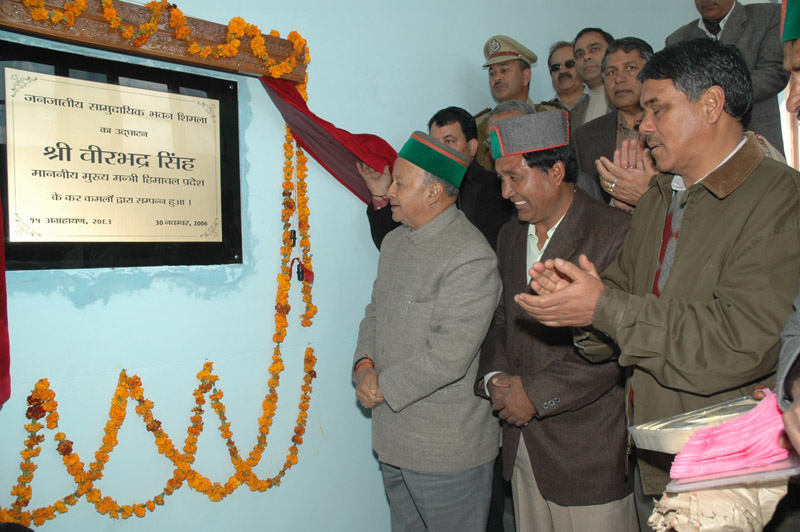 Chief Minister appreciated the endeavour of the Tribal Development Department in constructing the Community Hall at Dhalli which would not only cater to the community function organization of the tribals but other communities as well. He said that such a venue was a long felt demand of the people of Sanjauli, Dhalli and adjoining areas and would cater to their social and religious get-togethers. He said that such venues also contributed significantly in strengthening the social bonds between communities.

Shri Virbhadra Singh emphasized the need for maintenance of hygienic conditions in the area and hoped that the venue would emerge as an income generating unit for the Department through commercial activities.