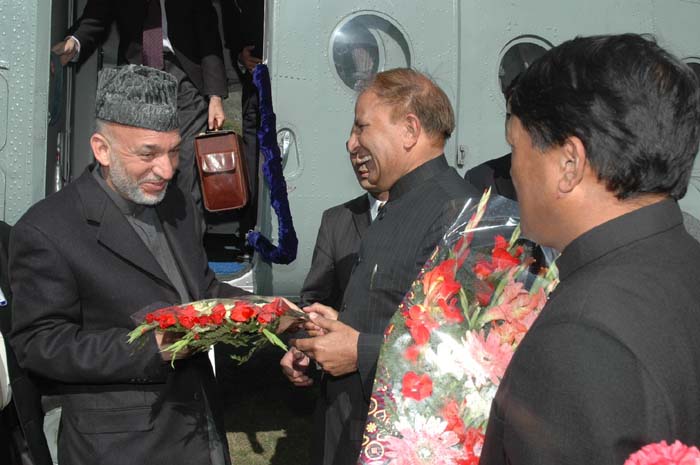 H.E. The President of Afganistan Sh Hamid Karzai is being welcomed by Sh. Rangila Ram Rao,Excise and Taxation Minister at Shimla today.

Afghanistan President will visit Himachal Pradesh University (HPU) during his two-day visit to the state.

This would be his second visit to Shimla after taking over the Presidency of his country.

He will deliver a lecture to the students and teachers apart from meeting his professors, most of whom had already retired.

He is also expected to meet his classmates and visit several places, which he used to frequent during his university days.

The Afghan President had attended the university here in early 1980s for his postgraduate degree in political science after completing his graduation from a local college. His love for the hills keeps bringing him back to the hill town of Himachal.