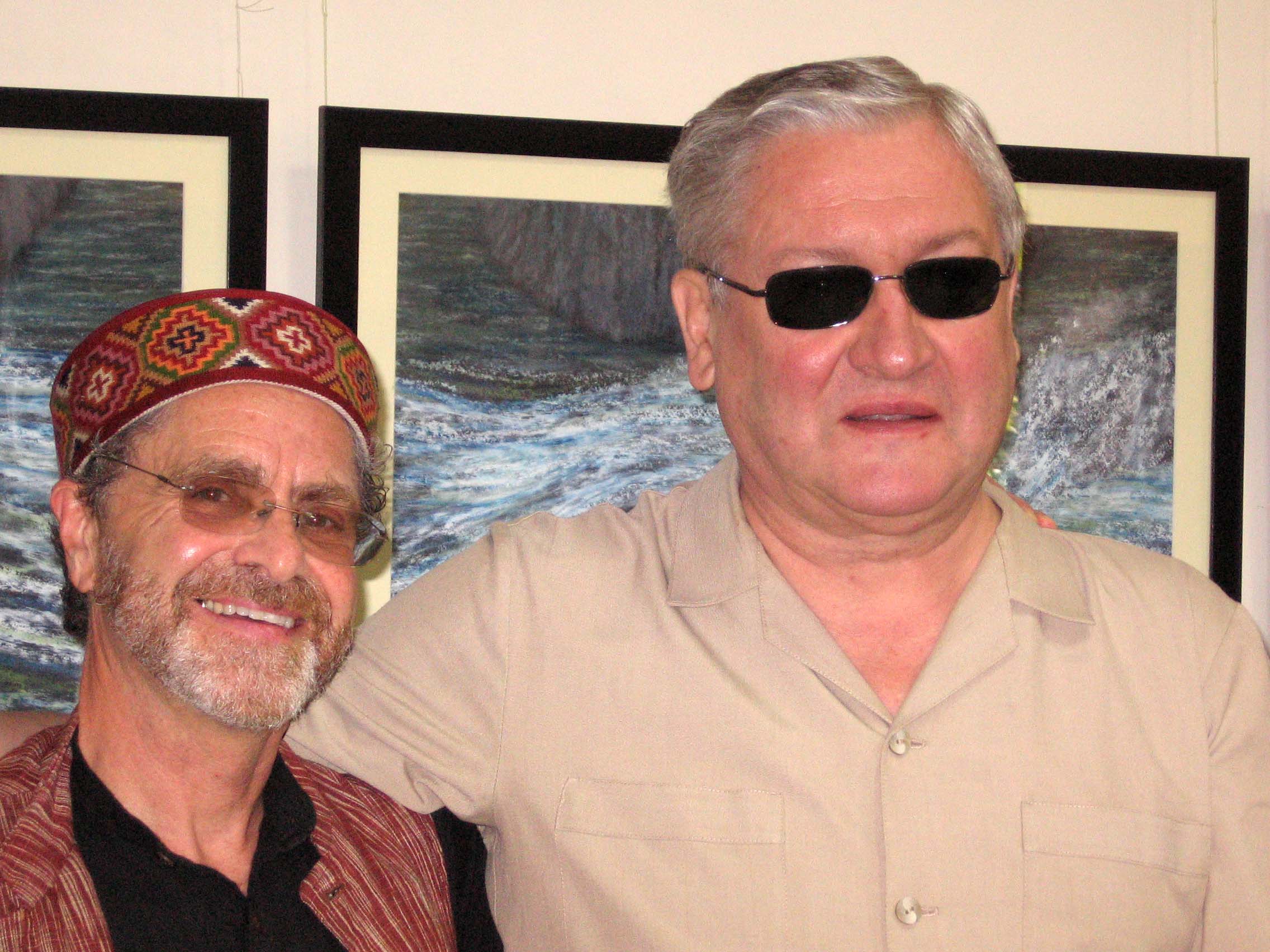 Today, a two-days festival started at the International Roerich Memorial Trust, Naggar, at the occasion of Nicholas Roerich’s Birthday. H.E.Ambassador of the Russian Federation in India, Mr V.I.Trubnikov was the Chief Guest of the function.

The day began with sacred sounds of chants during Shanti Puja performed by the Principal and students of Helena Roerich Art College, SDM Kullu and other guests. 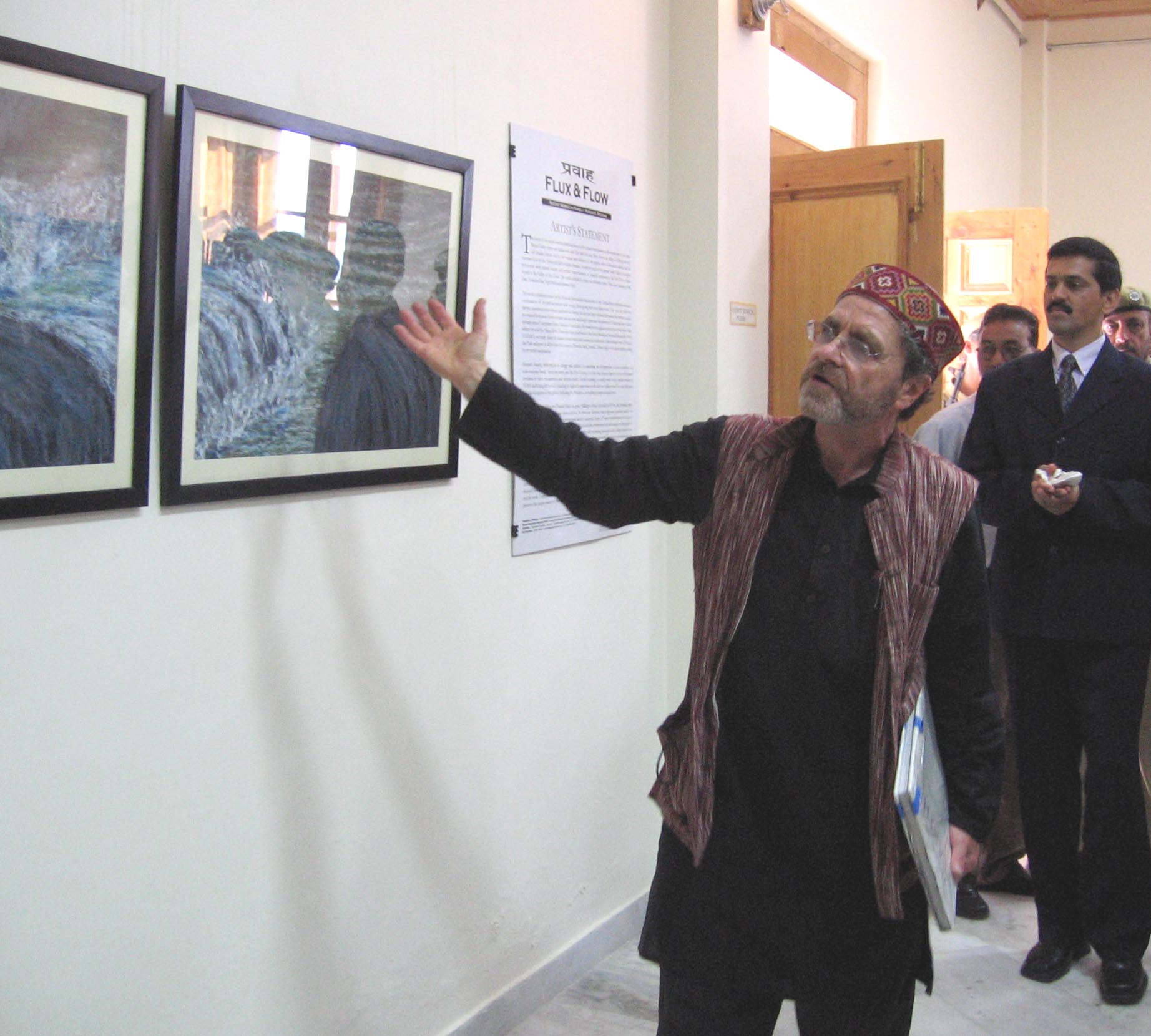 After greeting of the Chief Guest and other respected participants of the function, hoisting of the national flags of India , Russia and Banner of Peace followed. Next was the inauguration of the exhibition by American artist and scientist, Mr Payson Stevens, titled ‘Flux and Flow’. H.E.Ambassador of the Russian Federation in India , Mr V.I.Trubnikov inaugurated the show.

Being not only artist, but an ardent environmentalist as well, Mr Payson Stevens narrated about his work in Great Himalayan National Park, and about some ideas concerning the protection of the Kullu valley environment. At the exhibition he presented his recent works, paintings of mountain streams and energy of water. 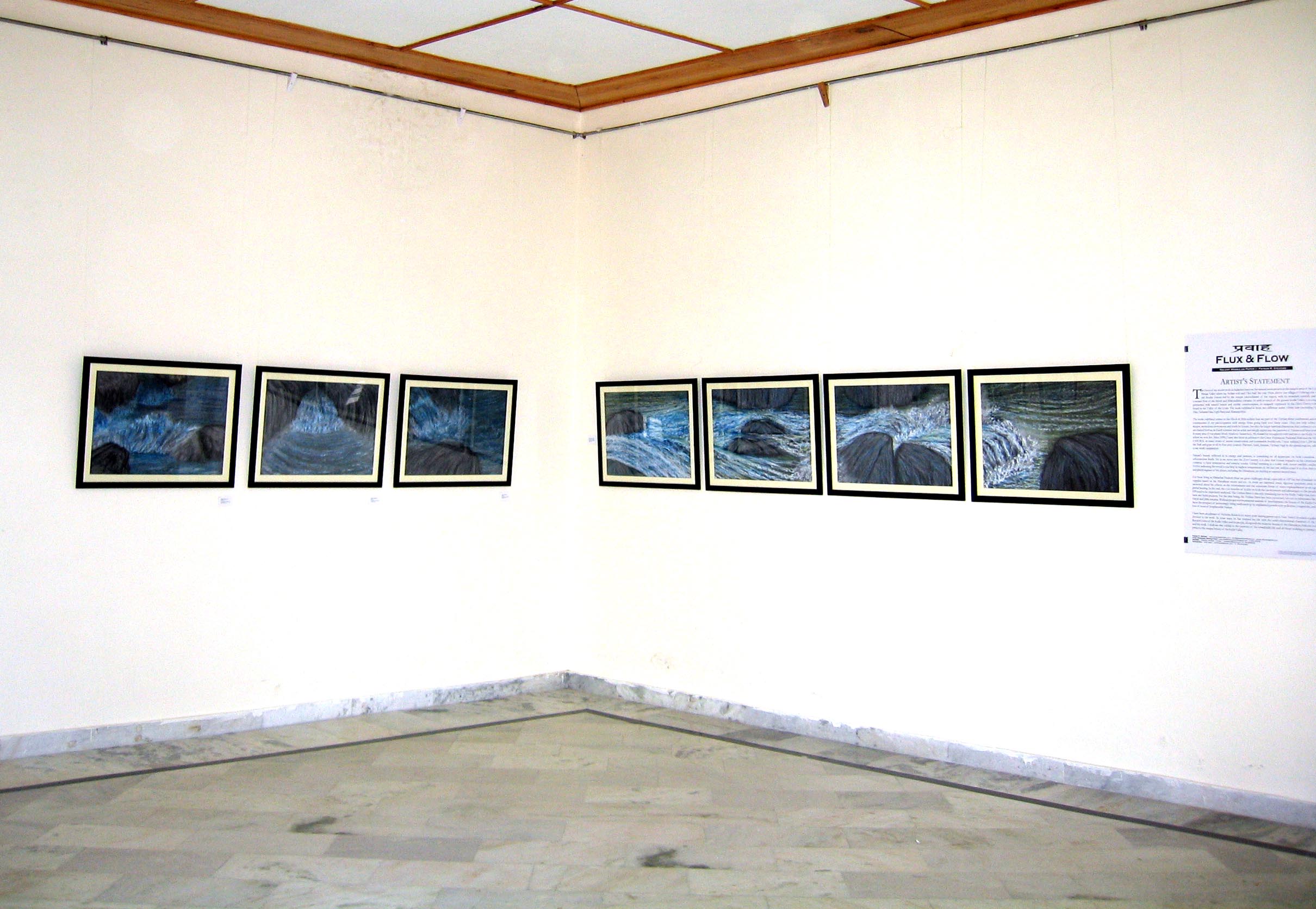 View of two walls in Gallery

Himachali folk song sang by Art College children started the cultural program at the stage of the Trust theatre. Traditional dipa was lighted, and the Ambassador of Russia pronounced his welcoming words, followed by the speech of the Ambassador of Belorus. SDM, Kullu, Mr. I.S.Bhardwaj said a few words on behalf of the Kullu administration and H.P.government.

Then, a new book has been released by the Ambassador of Russia ‘Heart of Asia’ written by Nicholas Roerich. This book has been sponsored by the Russian Embassy. It is first time printed in India . Painting competition has been announced, and children both from Art College and from Naggar sat near to create their paintings.

Another book, â€˜Jahanvi’, has been released, poetry by DSP Palampur, Sh.Kushal Sharma, who read a few poems dedicated to Nicholas Roerich from his book. Few musical items were further presented by the students of Helena Roerich Art College.

This festival has a rich crop of new books, the third book released was Svetoslav Roerich’s ‘Diary notes on Life and Art’.

Next program was by Shikha Khere, well known Kathak dancer, she has shown the perfection of movements and rhythm her performance was also much admired by the public. Girls, students of the Art College dance department observed each and every one of her movements, permeated by grace and harmony.

On this high note today’s program was finished. Tomorrow will be the next day of performances by classical music artists, Russian creative group, a French musician and students of Helena Roerich Art College. The new exhibition of digital paintings by Neha Sharma will be inaugurated tomorrow, as well as the exhibition on Helena Roerich Art College.

Announcement and rewarding ceremony of the winners of the children painting competition will be the last item in tomorrow’s program.