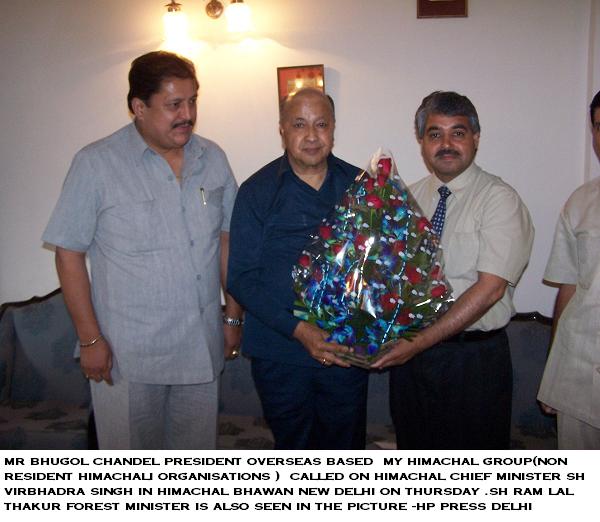 Chief Minister Shri Virbhadra Singh would be Patron-in-Chief of My Himachal Group, a Non Governmental Social Welfare Organization registered as charity organization in the United States of America and set up mainly by overseas Himachalis to project separate identity of hill people world-wide and market the Himachal brand name in Industries, Tourism and Service Sector in multi-national Corporate Houses. 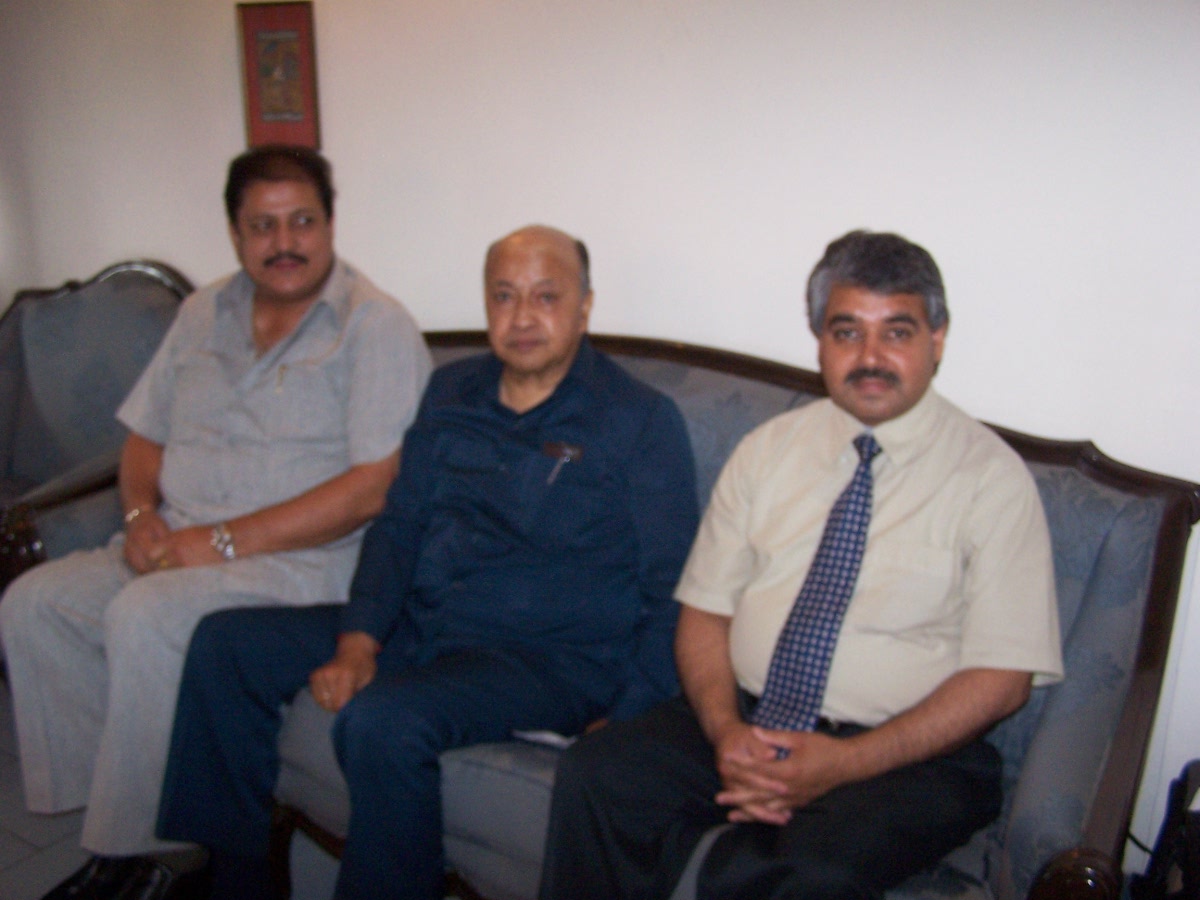 Shri Chandel told the Chief Minister about the historical need to set up separate organization of Himachalis world-wide so as to project the rich cultural heritage of the region and act as ambassadors of goodwill and peace of the region throughout the world. He said that the Himachal Pradesh was known world-wide for its scenic and natural beauty, peace loving citizens, clean natural environment and honesty and dedication of its people and this organization was set up to build a separate identity of Himachal
Pradesh so that the goodwill created could be encashed and marketed for further growth and development of the region.

Shri Chandel appreciated the stepsbeing taken by present Government under the leadership of Shri Virbhadra Singh and congratulated him for taking bold initiative in harnessing the natural resources for development works and starting various new welfare and developmental schemes for the common man of the region.

Shri Virbhadra Singh congratulated the overseas Himachalis for setting up a separate global organization and hoped that it would help in attracting foreign investment in the State. He advised the organization to project Himachal Pradesh as best tourist destination and educate and motivate the foreigners about the
tourist potential of the State.

He also advised non-resident Himachalis to work as goodwill Ambassadors of the State and organize the fairs and festivals to preserve and protect the rich culture heritage of the State. He also advised them to encourage their children to adopt the rich traditions of the motherland and organize frequent get together and meetings of fellow Himachalis and maintain the live connection with grass-root level people in native villages.

Shri Virbhadra Singh also appreciated them for showing concern for the development of the State. He offered all possible assistance to the organization at ground level working and said that Government would encourage such organizations and seek their expertise and experience for over all growth of the State.