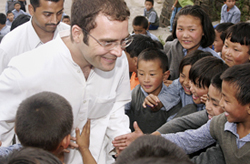 Congress leader Rahul Gandhi, who was here today on a private visit, had an audience with the Dalai Lama and also interacted with Tibetan students at the Tibetan Community Village (TCV) school.

He also met the Tibetan Prime Minister, Mr Samdhong Rinpoche, and took a round of the main Tibetan temple and the museum, where he met a delegation of the striking medical students of the Dr Rajendra Prasad Medical College and Hospital.

At the TCV, Mr Gandhi appeared moved by young orphans in the baby home located on the campus. He took a round of the school building and discussed the Tibetan education policy with teachers of the school. 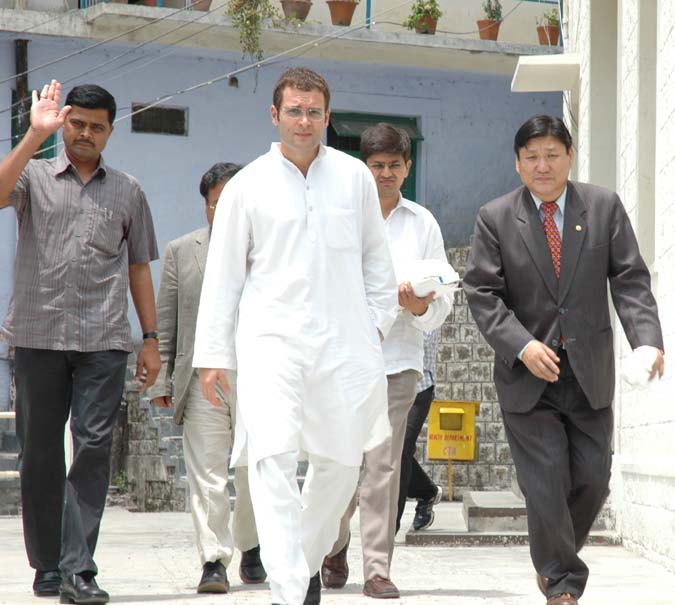 Mr Tsewang Yeshi, Executive Director of the TCV, said Mr Gandhi was an emerging youth leader and it was important for him to meet the world leaders like the Dalai Lama.

â€œHe said some touching words to the very young orphans in the baby home. He was very sympathetic to the children and offered whatever help possible,â€ he said.

Asked if Mr Gandhi was here to seek the blessings of the Dalai Lama to start his political career, Mr Yeshi said â€œabsolutely, that is why he made this short visit. Otherwise, from his busy schedule, he couldnâ€™t have found time for this.â€

On the Tibet issue, he said the Congress leaders had always supported the cause of the Tibetans and the Tibetan community was hopeful that Mr Gandhi would carry forward the legacy.

After giving a patient hearing to a delegation of striking doctors, Mr Gandhi said at present the cake of seats was very small and the government was only trying to make it big so that every student got a share. To this, the doctors replied that there would not be a corresponding increase in jobs.

Mr Gandhi gave his e-mail ID and asked the protesting doctors to pass on the relevant facts to him so that he could pass it on to the authorities concerned. 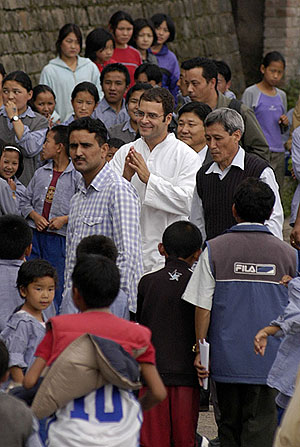 Holding placards, the medical students and resident doctors shouted anti-reservation slogans outside the TCV. Mr Gandhi stayed away from mediapersons, who had converged on the TCV.

surroundings of McLeodganj as it was his first visit to Dharamsala. He also asked questions about the flow of tourists in the area.

â€œIt was a courtesy call as the Tibetan government-in-exile had always had very close relations with the Nehru family. He also took a round of the Tibetan library,â€ he said.

Dr Munish Saroch, general secretary of the Resident Doctors Association, said their demands included deferring the proposed hike in reservation and constitution of an expert commission to explore all aspects of the issue.