Dehradun: To facilitate pilgrimage to Kedarnath Templee, work on constructing a ropeway between Lincholi and Kedarnath would soon start, chief minister Harish Rawat stated before a gathering of Hoteliers Association.

The 3.5 Km long ropeway would help children, infirm and old people to get past a steep stretch with ease, said the chief minister here yesterday. Those who set out on a pilgrimage to Kedarnath have to trek the last 14 Kms from Gaurikund to reach there.

Asking the office bearers of the Hotel Association to spread the message of ‘Safe Uttrakhand’ towards promoting tourism in the state, he said that before the route is opened for pilgrimage next year, staying arrangements for about 4000 people would be made at Kedarnath. 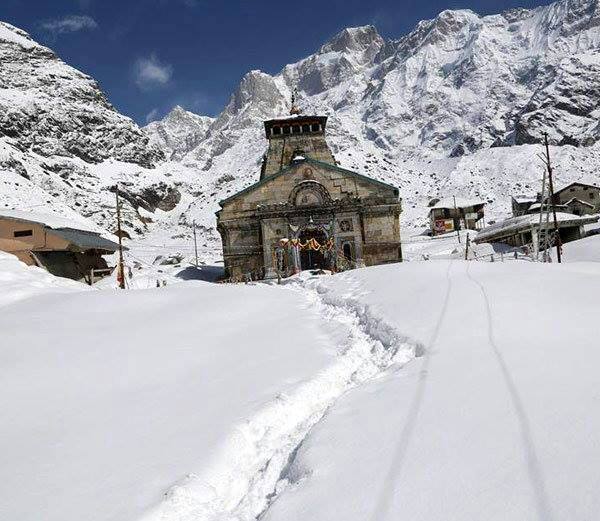 We also hope to make available helicopter services for pilgrims in the coming year, added Rawat. Besides the government departments, the CMs office would also be involved in promoting the Char Dhan yatra, he said.

To ensure a proper count and identity of pilgrims visiting the popular pilgrimage route, the government plans to install biometric registration facilities.

The states pilgrimage route is still to recover from the June 2014 devastating flash floods that other than the holy Kedarnath Temple flattened most structures around the holy site.

Kedarnath is the most remote of the Char Dham sites and is located at an altitude of 3583 meters. Placed just at the head of the Chorabari Glacier, from where River Mandakini breaks out, it was on 16 June, 2013 that large quantities of gushing water from Chorabari Tal and Gandhi Tal killed hundreds of pilgrims at Kedarnath and downstream.

A massive rescue operation was carried out and more than 100,000 were airlifted out from the Char Dham pilgrimage route by the army and other authorities.