New Delhi/Darjeeling:  The reverberations of the decision to create a separate Telangana are being felt far away in the industry that produces your morning cuppa.

A three-day shutdown July 29-31 in support of a movement for the creation of a separate Gorkhaland state out of West Bengal saw the Darjeeling tea industry losing Rs.10 crore and the fuel and coal inventory of factories are about to hit rock bottom, according to industry insiders.

“Everything has come to a standstill and input-output cannot move from the gardens. It is a critical situation. We are hoping the strike will be lifted for a day or two in between, which will help us with some movement,” Darjeeling Tea Association (DTA) chairman S.S. Bagaria said. 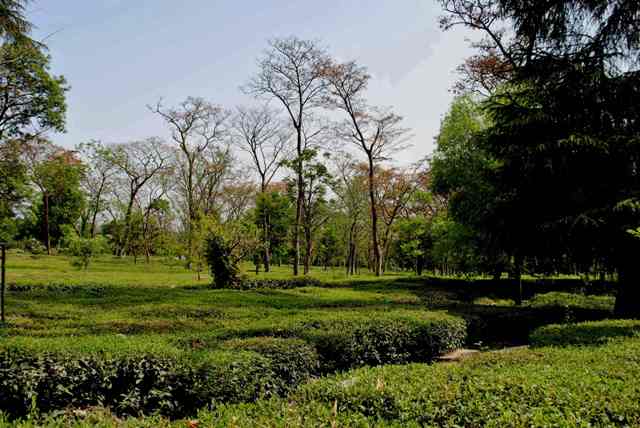 The Gorkha Janmukti Morcha (GJM) agitators again called an indefinite strike from Aug 3. Since then, Darjeeling has been on the boil. The tea gardens have been exempted but industry stakeholders are apprehensive and keeping their fingers crossed.

Darjeeling has a total of 87 tea gardens, employing 50,000 permanent workers and 20,000 seasonal workers.

“It is a million dollar question when they will lift the bandh. Now each day is critical. With every passing day factories are exhausting stocks of coal and petroleum to run their machines (that process the plucked tea leaves),” Sanjay Bansal, chairman of the Ambootia Tea Garden said over phone.

The permanent tea workers stay within the estates and “their ration is also at stake,” Bansal added.

“Last year the industry suffered with a 20 percent loss of production due to drought. This year the weather was good but the political weather seems to vitiate the industry’s operations,” he said.

Ambootia, with 11 gardens, is the second biggest tea plantation in Darjeeling after Chamong Tee, which has 13 gardens.

The stir in Darjeeling was expected after the Telangana statehood issue, Bansal said. “The question now is how the state government handles the situation and how the central government tackles it.”

Bagaria said the industry players were in talks with the West Bengal government and the local leaders to find a solution to the impasse and help the industry rebound.

Bansal said the stir has pressed the panic button among the international buyers as the industry stakeholders could not give them any assurance regarding the timeframe for dispatching orders. “This turmoil is going to impact fund flow into the industry,” he said.

DTA secretary general Kaushik Basu said the total production of Darjeeling tea last year was nine million kg, of which around 70 percent was exported and the rest was consumed domestically. This niche tea is exported to Germany, Britain, Europe, the US and Japan.

Bagaria expressed fears that if the GJM summons the tea workers to join the movement they will leave the gardens and go as they are all locals and support the separate statehood movement. This will jeopardise the situation even more.

The tea industry is one of the biggest sources of livelihood in Darjeeling, besides the tourism industry.