COP15 is an international meeting bringing together governments from around the world. Participants will set out new goals and develop an action plan for nature over the next decade. The government of Canada's priority is to ensure the COP15 is a success for nature.

New Delhi: With Indian delegation led by Union Minister for Environment, Forest and Climate Change Bhupender Yadav slated to participate, WWF experts have issued an urgent plea to negotiators at the fifth Conference of the Parties (COP15) to the UN Convention on Biological Diversity (CBD) in Montreal, Canada, to focus on big-ticket items.

They say consensus is needed if the world is to secure an ambitious global biodiversity agreement, capable of halting and reversing biodiversity loss by 2030 for a nature-positive world.

A clean text, with few to zero brackets, is needed when Ministers and high-level representatives arrive on Thursday, they said.

The key areas of concern include the lack of a robust implementation mechanism that would hold countries to account and ratchet up actions over time as required, and critical targets to address the drivers of biodiversity decline and humanity’s footprint on the planet.

They say state of play of the negotiations so far, what’s at stake if negotiators keep focusing on periphery issues, and what needs to happen before ministers arrive to ensure countries can secure consensus on an ambitious and implementable global plan for nature.

Monday marked the start of the second week of the CBD COP15, with frustrations growing over the lack of progress in the negotiating rooms.

More than 200 scientists and researchers are warning against diluting the Global Biodiversity Framework, calling for a framework that commits to halting and reversing biodiversity loss by 2030 and sets our world on the pathway to full ecosystems recovery.

They warn: “Diluting or delaying targets and actions within the Global Biodiversity Framework, or removing the need for them to be time-bound, would be deeply counterproductive. To do so will give cover to the many vested interests lobbying to delay meaningful action, doom biodiversity to further decades of degradation and loss, exacerbate poverty and inequity, and undermine our capacity to withstand and adapt to rapid environmental change.”

Responding to the ongoing negotiations, Eva Zabey, Executive Director, Business for Nature, said: “So far the biodiversity talks have been too slow and too quiet.

“However, with ministers arriving in Montreal this week, there is a huge amount of expectation to see whether they can unblock disagreements in the negotiation rooms. However, any progress made this week should not come at the price of ambition. Progressive companies are here in force with three clear asks for a successful Global Biodiversity Framework: Mandatory assessment and disclosure on nature for large companies, full reform of Environmentally Harmful Subsidies and incentives, and a global goal to halt and reverse nature loss by 2030.”

A total of 112 ministers, vice-ministers, ambassadors, and other heads of delegation of parties to the UN Convention on Biological Diversity will participate in the COP15 high-level session on December 15-17.

Forty-six countries, comprising the EU, the US, Australia, Japan, Mexico, Gabon and Nigeria, want tougher rule, while 20 countries that harbour 70 per cent of the earth’s biodiverse areas, including Brazil, India, China, Indonesia and Congo, say finance flows must match targets, warning that a $10 billion per annum proposal is “far from adequate”.

Rising fears over the ongoing negotiations, AVAAZ campaign director Oscar Soria said: “We’re now heading to the semi-finals of WorldCOP15 (yes England fans, even you can take part in a semi this week). But the bad news is there’s still a helluva long way to go before the negotiating text is ‘minister friendly’.

“During Saturday’s review of progress, GRULAC (Latin American and Caribbean countries) said they were ‘worried’ about how we would reach a deal, possibly the largest understatement at COP15 so far.”

At the stocktake on Saturday, the Chinese COP President outlined a ‘roadmap’ for the COP.

“It’s not clear what the precise plan is, when the next text will come out, what state it will be in, and what negotiators will do on the two days at the end of COP15 after the high-level segment is over and the ministers are due to leave,” a negotiator told IANS on Tuesday. 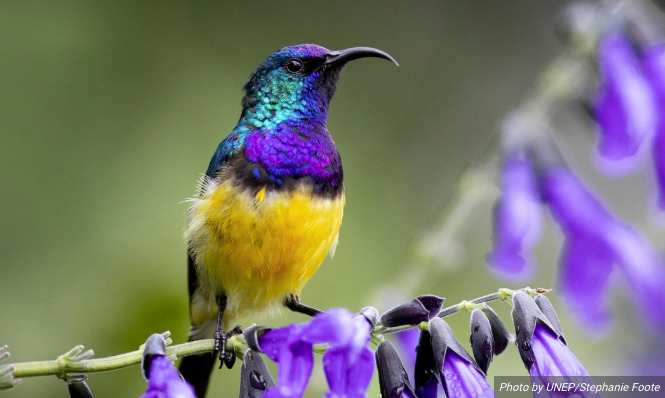 Rumour has it that big nature-rich countries’ ministers such as South Africa, Indonesia and some others are not coming.A Of course, ministers matter at COPs, because no one else in their delegations can approve the big decisions like should the CBD forge a new fund, how do you share the wealth from genetic resources and so on.

“Money is always a sticking point in environmental negotiations, and it’s no different in the CBD. Some of the big hurdles to negotiate include who pays, the amount, the timeline, do we need a new fund to disburse it, and who gets access to the money,” said the negotiator.

The creation of a new fund is being touted by the likes of Argentina, Brazil and African Group. New decision text on the money came out on Saturday, with some agreement that finance for nature should be in two stages — a two-year fast track from a range of financial sources and how to build out the longer term funds required.

Responding to India’s stand, Jagdish Krishnaswamy, Dean, School of Environment and Sustainability, Indian Institute for Human Settlements, told IANS that India has had a very good record in biodiversity conservation in spite of heavy odds and development challenges.

“Moving forward, given the looming threat of a post-1.5 degree warming, we cannot afford to lose any of our remaining old growth forests rich in biodiversity and carbon, as their loss is irreplaceable and cannot be ‘compensated’ for by planting trees elsewhere.”

COP15 is an international meeting bringing together governments from around the world. Participants will set out new goals and develop an action plan for nature over the next decade. The government of Canada’s priority is to ensure the COP15 is a success for nature.

Sounding an alarm bell, scientists say more than 90 per cent of marine species are undescribed and many may go extinct due to human activity before they are discovered — the loss of unique, potentially valuable genetic resources resulting in unpredictable effects on global ecosystems essential to human food supplies and climate regulation.