Dharamsala: Spiritual leader of the Tibetans, the Dalai Lama in a written message congratulated Sukhvinder Singh Sukhu on being sworn in as new Chief Minister of Himachal Pradesh, following success of the Congress party in the recent elections to the State Assembly. 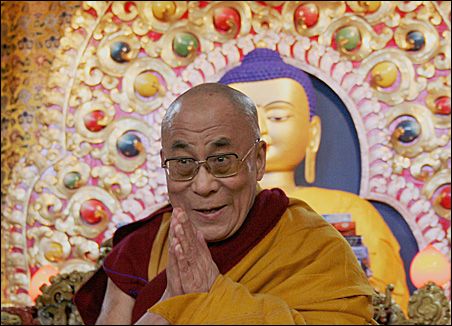 “India has been my home for more than 62 years now,” Dalai Lama wrote, “and I have been happy to reside most of that time here in Dharamshala, Himachal Pradesh. Consequently, I often refer to the Chief Minister as ‘our Chief Minister’. I deeply appreciate the friendship and hospitality that the people from all walks of life in Himachal Pradesh have shown me and my fellow Tibetans all these years.”

He further said in his message to CM HP, “Like other places in the state, Dharamsala has grown and developed tremendously since I first arrived in McLeod Ganj in May 1960.I am confident that the people of Himachal Pradesh will continue to prosper, especially the less privileged members of the society. I wish you every success in fulfilling the hopes and aspirations of the people of the state.”