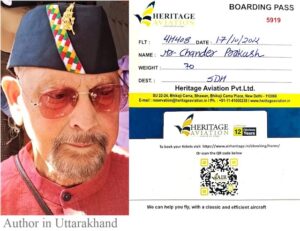 Flying has been associated with freedom of thought of the imagination; the symbolism of levels and superiority.

There was a long wait of over three hours at Dehradun Helipad^, before we could hear the droning hum of the helicopter with the wapping of the rotors. The flight to Gauchar could not keep time for reasons unknown. In the meanwhile many a chopper* turned and went wind milling away, even though we enjoyed being with Shaila Rani &  Narender Bindra, both wishfully harping the tune of good work done by Himachal to be worthy of a role model to follow progress for Uttrakhand. 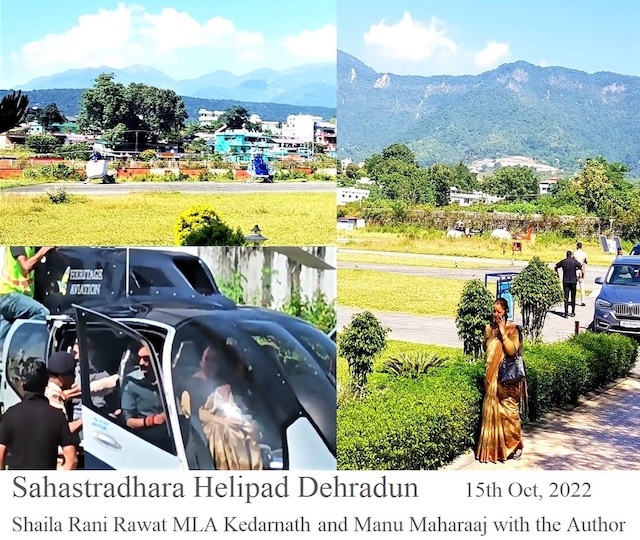 There’s a certain magic in flying around and through the clouds; the cloud ceiling begins to drop, and the rising terrain forces the pilot higher and into the clouds. Not being able to see outside really hampers a pilot’s ability to know where we are; panic sets in. Visibility dwindles, but it is the pilot who needs to be proficient to maintain control of the helicopter.

We suffered all that while flying way back from Gauchar#. It felt like- the chopper was about to enter a very dangerous and possibly fatal chain of events. Panic set in. In such a scenario, the pilot is on his own. Not knowing where we are in the world with no ‘Situational Awareness’.

Bad weather is bad for all flying, but perhaps, for a helicopter it is terrible. Dense fog could make it still more dangerous. 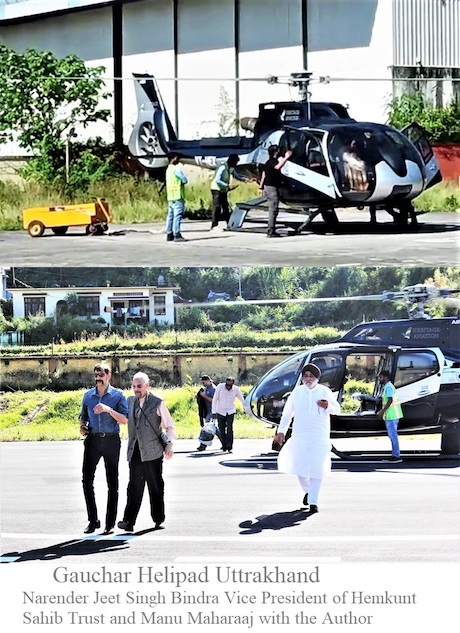 With helicopter flights, you feel a sense of being pushed down into your seat as the aircraft lifts up into the air.

Beneath the peals of mysticism, it was a providential escape out of a total haze of invisibility. My son seated behind, on the spur of a moment, ran out of wits on having been centrifugally pushed against the pane of the chopper over a tangent turn on landing at Dehradun helipad.

Oh God! give peace to the departed souls. A day after, seven people died in a helicopter crash near Kedarnath; the chopper went down while negotiating dense fog. Apparently, its tail hit the ground as it was flying too low. My faith in Him is reaffirmed.

‘This is known as entry into IIMC – Inadvertent Instrument Meteorological Conditions ’. In most helicopter flights the pilots are flying under VFR – Visual Flight Rules. This means they need to look out of the helicopter’s windows and be able to see the ground and/or horizon to be able to establish which way is up. This can be the difference of survival or not. A good quality moving map displayed in the cockpit is likely to be helpful in the accuracy of its flight control system.

‘Many of the ‘Bush Rocket’ helicopters that I fly have some or all of the 6-pack but they are not required to be tested and working because my company is a VFR-Only operation.’ says another pilot. ‘Pushing the Weather’ we can find ourselves in a situation where we accidentally get into low conditions.’ 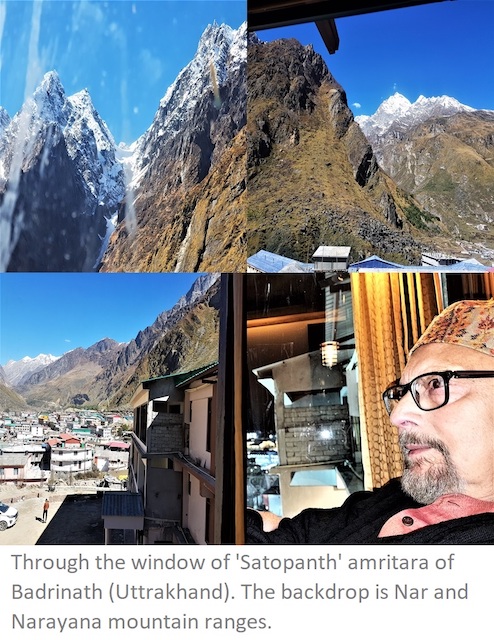 Frequent movement of choppers in the fragile Himalayan landscape can lead to mishaps including landslides and avalanches.

On average, there are 270 sorties a day (one operator can ferry 7, including the pilot).

In earlier days, pilgrims used to walk hundreds of miles to visit the Badrinath temple. Lore states that the area was full of Badri bushes.

Starting with a chopper flying around 10000 ft. high to catch a bird’s eye view of Nainital lake, way back in  December 2015; there are now 7 Helipads in Uttarakhand. From May 22, preparations are on to construct new helipads at 31 locations to expand the Heli services with the primary objective to boost Regional Connectivity Services in the State. Also for relief and rescue operations during disasters.

The client pressure to ‘carry on with the take-off’ still causes many accidents because pilots are pushed too far into weather conditions that impede safe flight. Locals say ‘adequate fire fighting is not in position’

The loud whirring of helicopters flying often dangerously at low heights and in bad weather causes concern for the inhabitants. Many a time a chopper circulates a valley, unable to land, due to drizzle and fog. 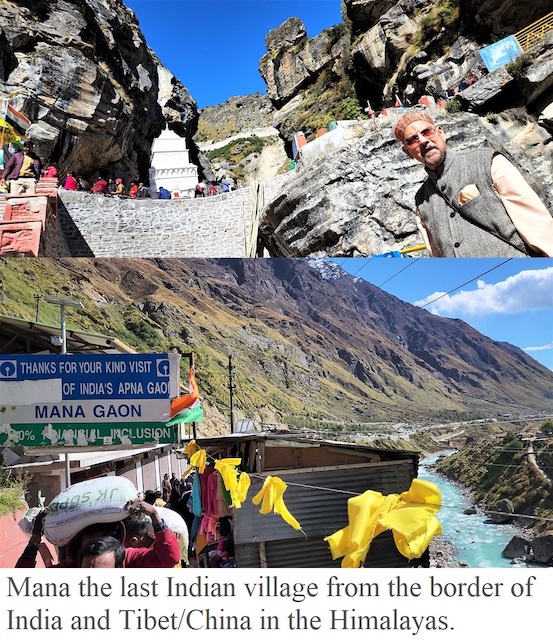 We have to take care that the environment is not harmed.’ Says State tourism minister, Satpal Maharaj.

Presently, the Centre and state have joined hands for developing Badrinath Dham as a ‘Smart Spiritual Town’ keeping in mind the needs for the next 100 years.

The development plan would be executed in a phased manner on a total of 85-hectare land in the next three years. The focus is on promoting homestays for pilgrims.

In addition to embankment works for Alaknanda River, the plan is to beautify and reconstruct the entire area. The elaborate plan includes the construction of plazas, toilets, draining and sewage system, and setting up of lights and CCTV cameras. Bridges too would be constructed for better connectivity.

Also, the Government of Uttrakhand, as an initiative to provide safe and convenient means of travel to the place wishes to develop a passenger ropeway system on a world-class technology from Govindghat to Hemkund Sahib (4,633 m).

Experts and activists have been raising alarm on the threat to flora and fauna of the region due to low-flying choppers, a risk both to humans and wildlife.  Choppers are not expected to fly at elevation levels lower than 600 m (2000 ft).

* A nickname for Helicopter. A vehicle capable of atmospheric flight due to interaction with the air, such as buoyancy or lift.

# Gauchar is well known for being the largest piece of flat land in the Uttarakhand mountainous region, thus having the potential of hosting an airport in the future.