It was that great writer, Kingsley Amis, who said: “If you can’t annoy somebody there is little point in writing.” Which is precisely the raison d’etre for someone like me writing blogs. Life is pretty pointless if you don’t have a Bentley in your garage, or a suicide vest in your suitcase, or Kangana Runout on your arm, or a degree in Entire Political Science, or a pilot car in front of you- nobody knows you exist, and they wouldn’t give a shit even if they knew. So you get your own back by writing blogs and annoying these same twerps, see?

Only a blogger- the Samuel Pepys of today- can do that. Unlike a columnist or journalist or “public commentator” or established writer, a blogger does not have to bother about fearful editors with one ear tuned to the PMO, or keep one eye cocked on the Booker’s long list, or keep both open for a possible nomination to the Rajya Sabha. He is a free bird, a pigeon which can splatter his dubious wisdom on any statue. The statue this week happens to be that of Themis, the goddess of justice in Greek mythology and now universally accepted as the symbol of Justice. Because the more I look the more I find that her scales have become tilted, the sword has become double edged and the blindfold has taken on a saffron hue and developed a few peep holes. Invoking justice in India today is like playing Russian roulette- a game of chance, an uncertain outcome, and a better chance of being arrested if you are innocent than if you are guilty. 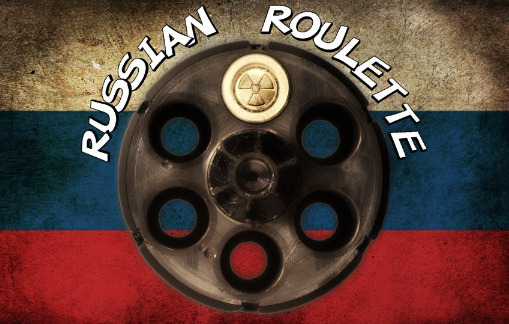 Anyone who has taken the trouble to get to know me (not many, I must admit) knows that I prefer single malt to single women- the former ages better and doesn’t have a bite. So it was with extreme reluctance that I recently had to refuse the gift of a bottle of Glenmorangie by a friend returning from watching the change of guard in 10, Downing Street, which has now replaced the change of guards in Buckingham Palace as the prime tourist attraction in London. You see, he had smuggled in a few bottles without paying duty, which was technically a crime. So the offered gift was a proceed of crime, for which the ED could arrest me, seize the bottle, and freeze my bank accounts. Ask Jaqueline Fernandez; she’s on her way to the clinker by now, along with the cat costing forty lakhs gifted her by the con-man Suresh. It remains to be seen which of the two has the proverbial nine lives.

But seriously, this law ( The Prevention Of Money Laundering Act) states that if you accept anything which is allegedly the proceeds of a crime, you are complicit , even if you have no knowledge of any violation of the law. For example, if you buy a flat from someone who has built/bought it with money suspected to be tainted, then your flat can be seized, even though your own bonafides are clear. Ditto with your money if you sell your flat to such person. And since it will take about ten years for you to get bail (unless you are an Arnab Goswami or Nupur Sharma) and another ten for the case to be decided, you’ll never see either again. So now you know why the ED is now the most dreaded agency in the country, and why the BJP can form governments even when it loses in elections. The PMLA is the gift that gives on giving- to the powers that B(JP). The highest courts have upheld this law. The law may be an ass, but it can surely deliver one hell of a kick.

Then again, you would expect that a decision by a High Court or even the Supreme Court would be respected by the courts at least, unless it is set aside by a reasoned judgment, right? Wrong- this is Russian roulette, remember? Three recent instances indicate how fickle and inconsistent our courts are becoming.

In the case of remission of the Bilkis Bano convicts the Bombay High Court ruled that since the trial was conducted in Maharashtra, it was the Maharashtra government that should decide their remission pleas. An eminently logical decision, but it was set aside by the Supreme Court, which, to add insult to the injuries already suffered by this poor woman, also added for good measure that the more lenient rules of 1992 ( and not the 2015 rules which debarred rapists and murderers from getting remission) would apply. This ensured their release, and has muddied the waters for future cases too.

Take the case of the BCCI, which has practically become a branch office of the BJP. The Justice Lodha Committee in 2016 had recommended, inter alia, limiting the tenures of its office bearers to six years ( including in the state Associations) with a cooling off period in between, to introduce accountability and to avoid its capture by unholy interests. This was, naturally(!), challenged by BCCI but twice, in 2016 and 2018, the Supreme Court upheld these recommendations. And then, suddenly, the same court reversed these two decisions last month for no sensible reason, ensuring the BJP takeover of perhaps the richest sporting body in the world. One ex- Chief Justice and two benches of the apex court over-ruled in a nano second, without a by your leave.

The most recent instance of judicial shock and awe was provided by the extraordinary convening of an SC bench on a holiday to consider the NIA’s appeal against another order of the Bombay High Court ( a serial culprit in such matters!) acquitting Prof. Sai Baba of the UAPA charges against him. The bench stayed the High Court order after just one hearing, and sent Sai Baba back to jail even before he could trundle his wheel chair out of its gates. Most independent legal scholars and jurists have opined that such an order is unprecedented. Why were the Hon’ble judges in such a tearing hurry? Could they not have heard the appeal of the NIA in its normal turn, and then decided? Can a man’s rights be taken away in such a cavalier manner, without going into the merits of a case, without giving the defendant an opportunity to present his side of the case? Was Sai Baba, a man on a wheelchair with 90% permanent disability, such a threat to the Indian state that he deserved an ex-parte condemnation between the serving of soup and the main dish on a holiday?

Similar bewildering judgments have become the order of the day of late, including the fact that one bench of the Delhi High court released Natasha Narwal and four others accused under UAPA in the Delhi riots case on bail, whereas another bench dismissed the bail application of a similarly accused Omar Khalid, languishing in jail for the last two years. Then again, in the Ram Mandir case the Supreme Court had, for a second time, upheld the constitutional validity of the Places Of Worship Act 1991, declaring it as a basic part of our legal structure. But it now appears to have done a shocking volte face: it has now admitted a number of petitions challenging the Act, stating that the Act does not forbid an inquiry to determine the character of the religious place. This is intriguing, to say the least, for the whole purpose of the Act was to freeze the religious character and status of the place as it stood in 1947: any inquiry now, 75 years later, can render the Act infructuous and unsettle the status in hundreds of cases. There has to be some sanctity and permanence attached to court orders, some finality and closure in law, and reopening settled legal rulings casually or opportunistically can only result in chaos and the perversion of justice. A citizenry has a right to expect justice based on general principles of law, not on the whims and interpretations of individual judges. Past judgements are supposed to provide valuable precedents, and to guide future judgments, but today they appear to count for nothing, with each judge ploughing his own furrow. This introduces a regrettable uncertainty in the administration of justice, leaving the litigant and his lawyer equally confused. It’s easier these days to calculate your odds in a casino than in an Indian court of law.

Even Russian roulette is more predictable than our justice system. In the former one at least knows that out of the six chambers in the revolver, only one has a bullet. In our legal system one can’t even bet on the number of bullets, or on whether they are live or blanks. Or whose finger is on the trigger.